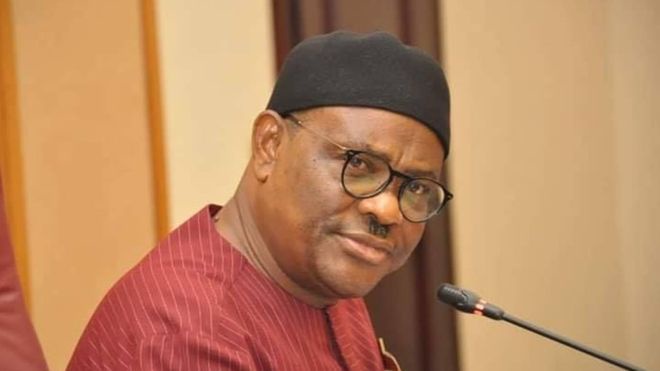 History teaches that politicians should, of a necessity, take the lessons of the last election as a guide for the next one. Reason: There’s always lessons to learn from failure and the misfortunes of others. It will help you respond proactively and effectively. The winners will be those who act quickly, make the right decisions moving forward, and execute them flawlessly. But those who ignore this time-tested advice often live to regret it. The question is: How do you identify your enemies before they kill you? Answer: Arm yourself for the coming battle. As Leon Trotsky (born Davidovich Bronstein) a Russian revolutionary, Marxist theorist and politician said many years ago, “you may not be interested in war, but war is interested in you”. For APC, the prize of defeating Wike-led PDP in Rivers state, come2023, will be more attractive and the stakes even much higher than what Bayelsa has to offer.

Since after the stunning defeat of the Peoples Democratic Party (PDP) in the November 16, governorship election in the oil-rich Bayelsa state, there has been an infectious excitement among the supporters of the All Progressives Congress (APC). Do I think APC won the poll, fair and square? I don’t think so. Was there a trade off by a former President to get freedom, as alleged by former governor of Jigawa state, Alhaji Sule Lamido in an exclusive interview with SUNDAY Sun two days ago? That may be in the realm of speculation, but nothing is beyond politicians. Personal interests often determine the actions of some politicians. The loss of Bayelsa was a rare chapter in the politics of the South-South geopolitical zone. It hurts.

There are still many people who see the loss of Bayelsa state as a hammer blow to the ongoing governor, Henry Seriake Dickson. I don’t think so. While the wide celebration over the ‘capture’ of Bayelsa continues among the APC faithful, there’s a high anxiety mood in the neighboring Rivers state, indeed, within the PDP. It’s not for nothing. The APC apparatchiks are already planning their next move. Unmistakably, the next target is Rivers state. Even though the next election is less than four years away. The biggest prize on offer in 2023 is Nyesom Wike. The APC bigwigs are already whetting their appetites on Rivers.

Although Wike will not be on the ballot in 2023 governorship poll, nonetheless, as far as APC is concerned, getting Rivers state at whatever cost, will be a mission accomplished, perhaps the biggest, priceless parting gift for President Muhammadu Buhari after completing the maximum two-terms provided by the Constitution. This is what I said in this column on November 5: “Power is not given, it’s taken. There’s desperation in the APC to capture Bayelsa state, by either fair or foul means. It’s a strategic plan by the party (APC) if it must remain relevant in the South South geopolitical zone. If they succeed in Bayelsa, the state will be used to launch another offensive to take over Rivers state in 2023 having failed to realise that desperate ambition in the 2019 general elections. Keep a watch on Bayelsa”.

Hasn’t that come to pass? Now, keep an eye on Rivers state. Rivers state will not be a cakewalk for PDP in 2023. It will be the fiercest political battle that the present democratic dispensation has ever seen. The bitter truth is that the APC is yet to forget how it was disqualified by the courts from contesting in all elections in Rivers state in the 2019 general elections. It still hurts the party like pins in the lips or acid on the body. The battle of supremacy between Wike and his old pal, former governor of the state, and current Minister of Transportation, Chibuike Amaechi, is far from over. 2023 may be the year to finally settle the score.

Also, recall the lamentation of former national Chairman of APC, Chief John Oyegun, when he said in the aftermath of the 2015 elections, that APC felt so pained by the loss of three oil-rich states of Akwa Ibom, Bayelsa and Rivers. Therefore, in 2023, APC will deploy a full playbook of offensive tactics, bare-knuckle, scorched earth aggression in its. This will include militarisation of the state, intimidation, manipulation, high inducement of voters that has never been seen in our electoral contests before. Don’t also be surprised if you hear that APC is dredging up allegations against Wike so as to sow seed of distrust not only about him but about whoever governorship candidate of the party will be in 2023. For now, this is a work-in-progress within the APC leaders. For them, the conquest of Rivers state is like a winner-take-all contest. All will be fair as long as victory is achieved.

It’s good to know that Wike is aware of the APC game plan against his state currently under his leadership. He relived this concern last week when the new Amayanabo of Wakirika Kingdom and other prominent royal fathers of Okirika paid him a courtesy visit at Government House, Port Harcourt. When he addressed his august visitors, Wike’s face was solemn. There was urgency in his voice. He looked like someone who had been under some strain. Unlike his usual style, he spoke slowly and deliberately. Referring to the outcome of the election in Bayelsa, he said: “unfortunately, one of our states has gone to the enemy. The next onslaught of the APC will be Rivers state at all cost. But God will help us. For us who are from Rivers state, we should know that there will be attack on us because the enemy has entered our territory”.

That was the voice of a man who is acutely aware of the nature and desperation of his adversaries. But knowing your enemy and his schemes is not enough. The question is: how do you successfully repel your enemy before he attacks you? The outcome of the recent election in Bayelsa and Kogi states is compelling, overwhelmingly clear and unambiguous evidence that winning at any cost is what matters to APC. “Let the winner go to court”, has become their common refrain. So, how does Wike plan ahead to avoid what happened in Bayelsa repeating itself in Rivers state?

This is my unsolicited advice to Wike: When you anticipate competitive threats such as the APC are planning to unleash on Rivers state in the next election, as management experts will advise, first, distinguish between signal and noise. In other words, identify genuine threats, not what talebearers/sycophants will tell you. The rigour that this process imposes can determine the difference between flailing around and acting effectively in the face of a rampaging enemy machine. Wike should be extremely careful about how he chooses his successor. The political literature of governance, especially in our country, is nearly unanimous in its advice: Begin early, take everyone along, put your ear to the ground and your eyes focused on the people, gauge their feelings, their thinking. Of course, look inside your own party for exceptional talent, see that the candidates gain experience in all aspects of governance, help them develop the skills they will need in the top job.

Don’t talk down on party elders because you have the power and the war chest to prosecute election expenses. Most importantly, don’t foist someone on the party as its standard bearer, because the larger voters that matter in the election are keenly watching how every party chooses its candidates in the primaries before Election Day. The summary and reality of all of this is that, it’s hard to give up the reins of power, but how a governor manages who succeeds him can add enormous value to the state. It can backfire if he chooses to throw his weight behind someone who may not command the support of majority of opinion leaders in the party at national, state and grassroots level.

Again, Bayelsa is a textbook of lessons for Wike to draw from. To avoid splitting the party down the middle, Wike should work within the context of circumspection of shared identity of purpose and knowing who the party feels is best for it in 2023. The truth is that foisting a successor on the party is not a guarantee that he will preserve your legacy if he wins.

With the kind of vengeance that APC is planning to unleash on Rivers in the next election, Wike must take majority of Rivers people along. Trust is key. One definition of “trust”, according to the Harvard Business Review, “is the assured reliance on the character, ability, strength, or truth of someone or something”. Altogether, since APC has shattered the glass ceiling in Bayelsa and prevailed against the ruling PDP in the state, the assumption is that nothing can stand on its way to take over Rivers state in four years time. But the people of Rivers state can defeat the APC machine if they trust Wike and believe strongly that the state is on a firmer ground with PDP in power. By no means will this be a cakewalk for Wike against a marauding enemy that is desperately looking for territories to conquer by all means.