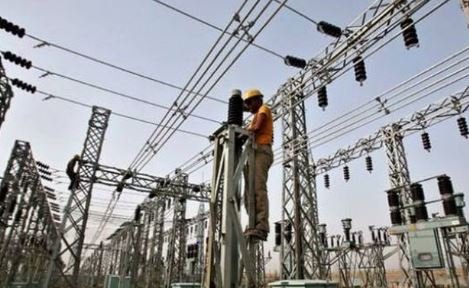 THE National Union of Electricity Employers (NUEE) has faulted the privatisation of the power sector, describing the exercise as fraudulent.

It said an increase in tariff cannot therefore improve electricity supply since power generation is based on very expensive gas, saying no single power plant is being constructed in the last seven years.

Its General Secretary, Comrade Joe Ajaero, who spoke to reporters yesterday in Lagos, said the distribution companies (DisCos) are using the increment to exploit Nigerians without enjoying the service.

NUEE stressed that DisCos invested N400 billion in the power sector while Federal Government invested N1.7 trillion yet the government controls 40 percent equity while the operator controls 60 per cent, saying it is fraudulent.

He said the DisCos signed the dubious contract, hence they keep charging Nigerians for their inefficiency.

Speaking further on the state of the power sector, Ajaero said power generation as of today remains 4,0000megawatts (Mw) despite the increase in the Nigerian population.

The labour leader posited that as a result of this, the country has continued to be de-industrilalised.

Ajaero charged Federal Government to tell Nigerians why it refused to review the policy after seven years.

“For instance, 90 per cent of transformers supplied by the DisCos are overloaded with no relief plan and one of the agreement is to be changing transformers but because they want to maximize profit, they refuse to do so,” he said.

Ajaero, therefore, said privatisation policy is out to destroy the economy of the nation and to milk Nigerians, saying since the DisCos took over, nothing has changed.

According to him, it is a fraud for the government to charge Nigerians with the international rate when the country has sources to generate power.

NUEE, therefore, plead with Nigerians not to pay for the inefficiency of the system. The union also charges the government to hand over the power sector to them for proper management.

The union also accused the National Electricity Regulatory Commission (NERC) of speaking for the investors and not Nigerians, saying until a people-oriented NERC takes over, things will remain the same.