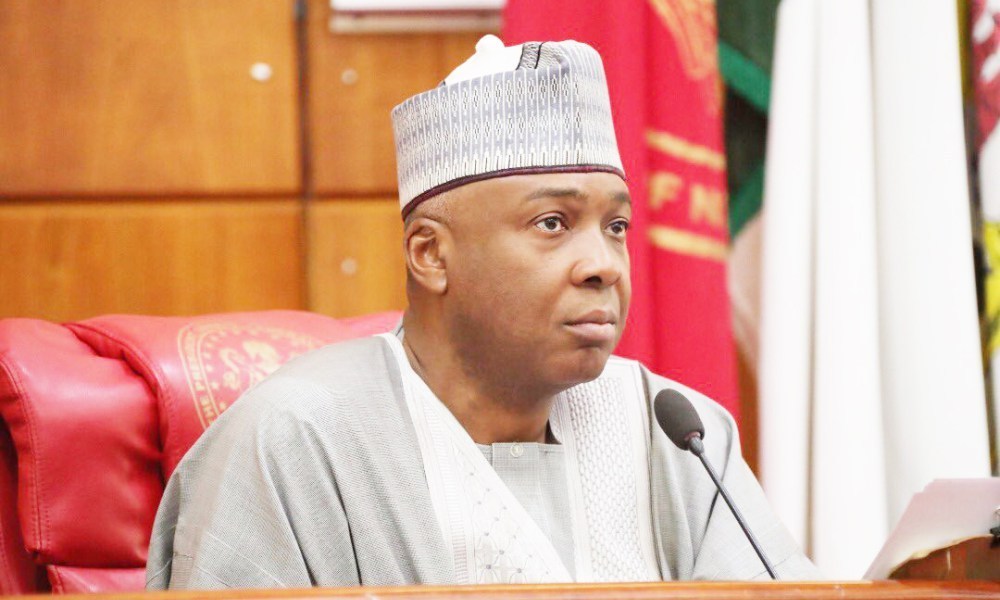 Senate President Bukola Saraki’s Five choice properties located in high brow Ikoyi, Lagos have been sealed off by the Economic and Financial Crimes Commission (EFCC), citing ongoing investigation on him….

According to reports, the houses are said to be located at 15a, 15b and 17, MacDonald Road, Ikoyi, Lagos.

The commission suspects Saraki of having acquired the properties with state funds when he served as Kwara State governor between 2003 and 2011.
The EFCC in a statement sent to the Kwara state government, said that Saraki is to be investigated for an alleged case of conspiracy, abuse of office, misappropriation of public funds, theft, and money laundering.

An EFCC source said of the probe: “It is an ongoing case which has to do with alleged illegally acquired properties while he held sway as the governor of Kwara State.

“We have attached the five properties in line with sections 27(4), 28 and 29 of the EFCC Establishment Act.

Responding to a question, the source added: “We don’t have to obtain a court order before attaching any property. Our Act is very clear with regards to that.

“Once you link a property to proceeds of crime, the next thing is to attach it by way of marking and to approach the court for forfeiture.”

“27 (1) Where a person is arrested for committing an offence under this Act, such person shall make a full disclosure of all his assets and properties by completing the Declaration of Assets Form as specified in Form A of the Schedule to this Act.

“(2) The completed Declaration of Assets Form shall be investigated by the Commission.

“(3) Any person who – (a) knowingly fails to make full disclosure of his assets and liabilities; or (b) knowingly makes a declaration that is false; or (c) fails, neglects or refuses to make a declaration or furnishes any information required, in the Declaration ‘of Assets Form, commits an offence under this Act and is liable Oil conviction to imprisonment for a term not exceeding five years.

“(5) The Chairman of the Commission shall have powers to make such changes or modifications to the Declaration of Assets Form specified in Form A of the Schedule to this Act as may become necessary in order to give effect to the provisions of this Act.

“28. Where a person is arrested for an offence under this Act, the Commission shall immediately trace and attach all the assets and properties of the person acquired as a result of such economic or financial crime and shall thereafter cause to be obtained an interim attachment order from the Court.

“29. Where- (a) the assets or properties of any person arrested for an offence under this Act has been seized ; or (b) any assets or property has been seized by the Commission under this Act, the Commission shall cause an ex-parte application to be made to the Court for an interim order forfeiting the property concerned to the Federal Government and the Court shall, if satisfied that there is prima facie evidence that the property concerned is liable to forfeiture, make an interim order forfeiting the property to the Federal Government.”