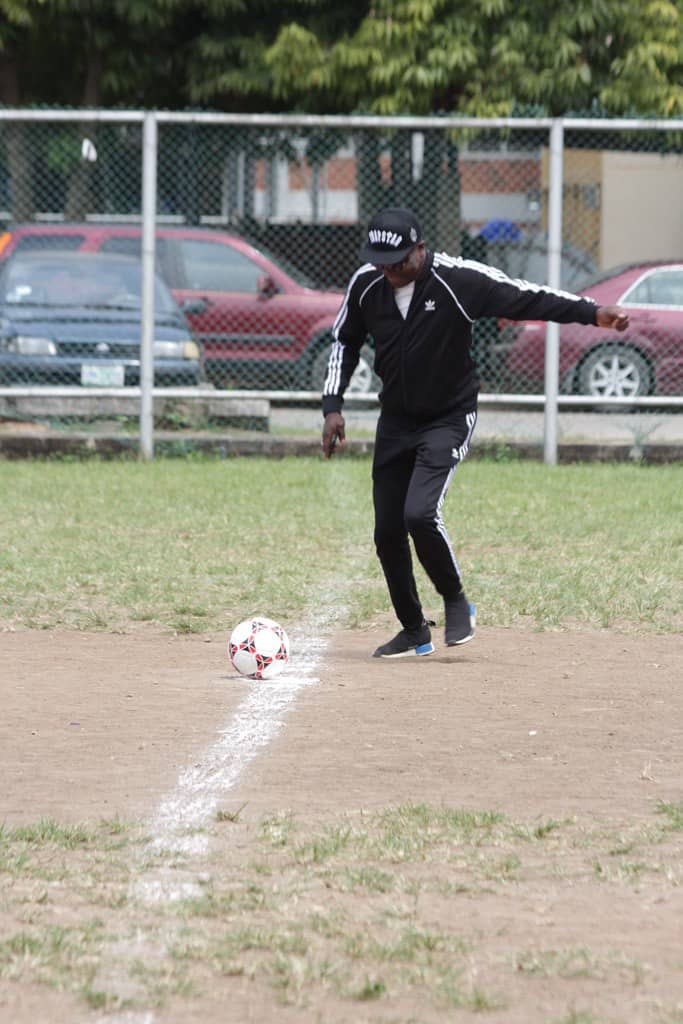 Lagos State Head of Service, Mr. Hakeem Muri – Okunola has urged all the participants and athletes at this year’s HOS Games to imbibe the spirits of sportsmanship as they engage one another in the games.

Muri – Okunola stated this today at the kick off ceremony of the male football tournament between the team from Lagos State Sports Commission and the Office of the Chief of Staff counterpart to commemorates the 14th Edition of the Inter Agency Games, which was held at the Lagos State University College of Medicine Playing Ground ( LASUCOM) Ikeja.

He maintained that this year’s event is unique as it has included other indoor games apart from football which includes; Scrabble, Ayo, Scrabble, Tennis, Tug of war and Table – Tennis saying that this will encourage public servants in the State to showcase their talents.

Earlier before the kick off, the Head of Service, Mr. Hakeem Muri -Okunola, had visited the various participants playing the Scrabble and Ayo Games respectively which was been played at Adeyemi -Bero Auditorium and the Lawn Tennis Court, at Civil Service Club, GRA, Ikeja.

While reiterated that the HOS Games will enhance inter Agencies relationships in the Lagos State public service adding that yearly, more participants will show more interest when they see the standard at which it was organized, just as he also encouraged public servants in the State not to shy away from being a participants in whatever activities going on in the State.

He stated that the competition is a manifestation of the present Administration’s effort to encourage the psycho-motor development of a healthy and alert workforce towards the provision of effective and efficient service delivery to Lagosians.