Executive members of Obawole United Forum ( OUF), led by its president, Pastor Samuel Olu Opajobi has thanked the chairman of Ifako-Ijaye LGC, Apostle Oloruntoba Oke, for his immense contributions to the development of Obawole.

Opajobi showered praises on the chairman for his effort towards the recent official commissioning of Obawole injection power sub- station by Ikeja Electric power distribution company at Ahmed Afolabi street.

The substation would provide 18hours minimum uninterrupted power supply for residents of the community and surrounding communities.

He also praised the chairman for his quick response to the community on rehabilitation of roads in the area.

Opajobi said, “ I am flabbergasted at the speed with which the chairman acceded to our request for providing palliative measure to rehabilitate through grading and administration of stone base to reduce gridlocks and ease movement along the corridor within the shortest possible time and other accrued logistics prior to the commissioning to make the occasion a huge success “.

He later presented on behalf of other exco a token gift of photo album of that event to the chairman to show their gratitude for his unflinching support.

In his remarks, Oke who said he didn’t have any other choice than to be part of it so as to reduce the hardship of the residents of the area and the entire people of the local government in the use of generators, where huge money is spent on oil and diesel purchases on a daily basis.

Oke also thanked the community for the gift and appreciation of his effort.

Among other members that were present are Secretary, Alhaji Olayinka, Alhaji Odekeye, Mr Akinpelu and Mr Adams.* 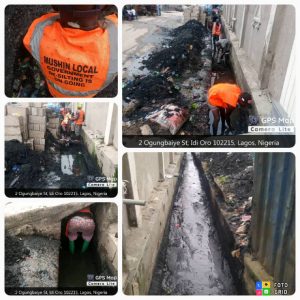 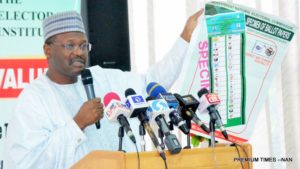 August 2, 2022
How We Killed Our Employer And His Wife To Get Money To Start Yahoo Business
1 min read