Skip to content
Billionaire General and former Minister of Defence, Theophilus Danjuma has been linked to the Process and Industrial Development Ltd. (P&ID) deal that saw a court in the United Kingdom slam a $9.6 billion judgment debt on the Federal Government of Nigeria.

The exposé was contained in a report by a United State-based media outfit, Bloomberg’s Businessweek, on Wednesday in a report, titled “Is One of the World’s Biggest Lawsuits Built on a Sham?

Businessweek quoted Danjuma as claiming that the project was originally his idea, and that one of his companies, Tita-Kuru Petrochemicals Ltd., spent $40 million preparing it.

P&ID, registered in the British Virgin Islands, won a contract to end gas flaring in the Niger Delta.

Its chairman, Michael “Mick” Quinn, an Irishman, operated in Nigeria for decades, mostly as a military contractor.

The report added that the Irishman was a consultant, using Danjuma’s funds and office space and that when Quinn applied for the contract for himself, Danjuma was upset. 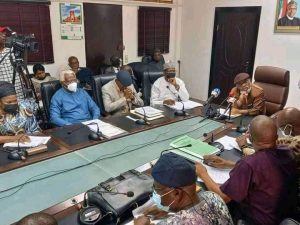