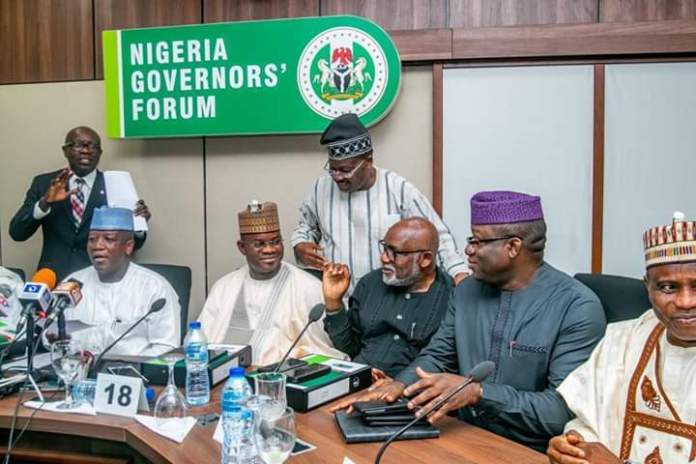 The Chairman of the Nigeria Governors’ Forum (NGF) and Governor and of Ekiti State, Dr Kayode Fayemi has warned that the abolition of security votes as being advocated in some quarters, would breed chaos in the polity instead of curbing corruption.

Addressing discussants at the quarterly policy dialogue on accountability for security votes, organised by the Anti-Corruption Academy of Nigeria (ACAN) in Abuja on Wednesday, he maintained that there can be no development without security.

He spoke on the topic, “Security Votes: Are they necessary? Are they legitimate?”

The NGF argued that security votes had existed even before the coming of the military to power in Nigeria, saying that doing away with them would instead of addressing corruption, hinder development and security in the country.

He said, the answer to your question as to whether security votes are necessary is an emphatic “Yes” and buttressed his arguments with copious anecdotes from the United States Congress, several publications and examples.

Dr Fayemi said that the abolition of security votes will bring down development, increase insecurity and also slow down the various states’ response to emergencies.

Fayemi argued against those who said security votes were illegal quoting from the constitution and other relevant authorities to emphasize the fact that security votes are not only legal but have been in existence since the colonial era.

“Governments all over the world have security votes but they may not call it the same name as ours because for obvious reasons, government business may not necessarily be all in the public glare.”

Fayemi attributed the Iran Contra affair and other government action in South America as products of the use of security votes which those governments conveniently put away from the eyes of their citizens.

However, the governor stated that in his state every transaction involving security votes are very well documented and receipted but nevertheless argued that unless something is done to ameliorate the malaise abuse of security votes in the country would continue to be rife.

The NGF Chairman then adduced his argument to the creation of State Police which he prescribed as the antidote to the expenditure being incurred by governors in the types of assistance that governors render to the Nigeria Police Force, which according to him when allowed to be would diminish the complaints that abound.

Earlier, the Provost of the Anti-Corruption Academy of Nigeria, Professor Sola Akinrinade while welcoming the Guest Speaker also enunciated that removing security votes would be counter-productive but cleared the grounds to hear the submissions of the Governor.

On his part, the Chairman of ICPC Professor Bolaji Owasanoye who was miffed by the allocation of a paltry N3600 as security votes to an MDA sought explanation which the governor explained could not have been intended to mean that the amount was for such expenditure but might have been so called for want of nomenclature.

The Chairman of the NGF in concluding advocated a partnership between the NGF and the ACAN to work out modalities that would lift the issue of security votes and its accounting processes to meet global best practices, in order to finally douse the hew and cry that has accompanied the matter over time.