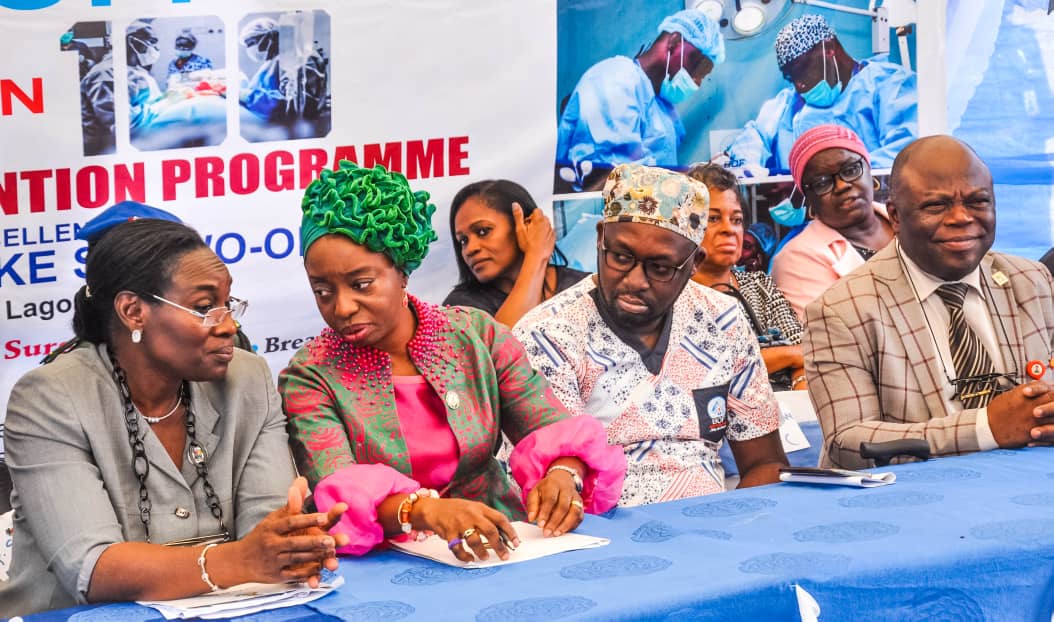 Lagos State First Lady, Dr. Ibijoke Sanwo-Olu has flagged off free surgical intervention programme for residents of the State as part of activities to commemorate the 100 days in office of Governor Babajide Sanwo-Olu’s administration.

The free health mission, which is being organized by the State Government in partnership with a Non-Governmental Organization (NGO), Benjamin Olowojebutu Foundation, features free surgeries for residents suffering from Lipoma, Hernia, Fibroid and Breast Lumps, as well as free Dental and general health screening.

Speaking at the flag off ceremony held at General Hospital, Ijede, a suburb of Ikorodu, the First Lady said the development further signposts the commitment of the present administration towards revamping, rejuvenating and repositioning the health sector in the State for topnotch service delivery to the people.

According to her, the development was instructive considering the fact that a considerable level of commitment to revamp the health sector in the State had been aptly demonstrated since May 29, 2019.

“The second pillar of the developmental agenda for a greater Lagos promised by this administration as espoused in T.H.E.M.E.S speaks to provision of affordable, qualitative and accessible health care, as well as implementation of initiatives to rev up health care delivery and equally ensure healthy, livable and sustainable environment.

“In furtherance of this, the 110-Bed Maternal and Child Centre (MCC) in Eti-Osa was completed and commissioned; while work is nearing completion on two others in Badagry and Epe, with more to follow.

“Also, the State Government flagged off Free Medical Mission for 21,000 children and adults in partnership with Babajide Olusola Sanwo-Olu/Kadri Obafemi Hamzat (BOSKOH) Lagos Healthcare Mission International, as part of efforts to play up the health of residents, especially children.

“Through this, over 21, 000 people were screened at seven centres over a period of six days, while a total of 1417 free surgeries were conducted for residents. These include pediatric eye surgery, adult eye surgery, pediatric surgery, dental surgery, orthopedic surgery and ENT (Ear, Nose and Throat) surgery,” she said.

She said in view of available statistics which reveal that about 50 per cent of the Nigerian female population aged 15 to 44 live with Fibroids, any medical intervention to address it and other diseases was most commendable.

She lauded the Benjamin Olowojebutu Foundation (BOF) for coming up with the initiative to partner with the State Government, urging other organisations to emulate such laudable gesture to improve the health indices of the State.

“As a government, our goal is to ensure Universal Health Coverage as much as possible, and as well improve the quality of healthcare delivery to our people. With God on our side, the present administration shall not fail the people,” she said.

Also speaking, Permanent Secretary, Lagos State Ministry of Health, Dr Titilayo Goncalves said the free surgeries was in furtherance of the premium placed on healthcare by the government, especially in reaching out to vulnerable part of the State’s population at the grassroots including the elderly, the very young, and people living with disabilities.

“Our objective for Lagos, one of the largest Mega Cities in the world, is to institutionalize accessible, efficient and qualitative health care that is affordable to all our residents irrespective of class or status and we are here again today to demonstrate our commitment to these values,” she said.

Earlier, Executive Director of the Foundation, Dr Benjamin Olowojebutu said since the initiative commenced, a total of 1405 residents have been screened, while out of the 150 planned surgeries, 51 life transforming surgeries have already been performed including five for Fibroids, 33 Lipomas, and 13 Breast Lumps.

On his part, one of the beneficiaries, Mr Lola Lukman said he was grateful to the State Government and the NGO for the initiative, saying no dime was collected from him for the Lipoma surgery that was performed on him. 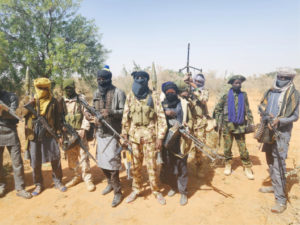