of Common Wealth of Zion Assembly (COZA) has said that the attacks on its founder, Biodun Fatoyinbo, are the handiwork of pastors who feel threatened by the church’s growth.

This was contained in a statement made available to newsmen by Ademola Adetuberu, Executive Senior Assistant to Pastor Fatoyinbo recently.

Said he “We see this ugly development fuelled by envy and sheer jealousy as an unnecessary distraction and a fight from the pit of hell against the ministry that God gave Rev Biodun Fatoyinbo, as well as the declaration of war against the Church of Christ to which COZA is a flourishing branch under God’s grace,”

He continues “Following unprovoked satanic campaign of calumny orchestrated against the leadership and members of COZA by agents of darkness. We are not unaware that certain pastors who feel threatened by the unprecedented growth of COZA and the grace of God upon His servant are after some of our members,”

COZA, however, said it does not support rape or sexual molestation in any form, noting that the church always stand by rape victims, and further described Fatoyinbo, as a victim of organised blackmail.

Adetuberu also said Busola, wife of popular singer, Timi Dakolo, who instituted a rape allegation suit against the embattled cleric, would soon face justice, insisting that Fatoyinbo had no intimate relationship with her.

The statement is coming a day after Fatoyinbo approached Abuja High Court to dismiss the suit instituted against him by his accuser.

Fatoyinbo’s request is stated in his preliminary objection dated September 20 which was filed through his lawyer, Alex Izinyon.

He also demanded an order of the court to dismiss the suit for “being statute barred and incompetent.”

He added that Dakolo’s case against him is an abuse of judicial process. He further prayed for an award cost of N50 million to be paid to him.

Dakolo had approached the court to seek redress in the allegation made against Mr Fatoyinbo.

Following an application, dated September 6, by Mrs. Dakolo through her lawyer, Pelumi Olajengbesi & Co., the court ordered Fatoyinbo or his counsel to appear before it within 14 days after receiving the summons by the court.

In the application, Dakolo had wanted Mr Fatoyinbo to issue a public apology to her for the alleged assault committed in 2002.

Dakolo, who accused the founder of Commonwealth of Zion Assembly (COZA) of assaulting her in 2002 before she became 18, also wants Fatoyinbo to pay her N10 million as the cost of instituting the suit.

Fatoyinbo, who had been enmeshed in other sexual scandals before the recent allegation, runs the Abuja headquarters of his church with his wife, Modele.

In an interview published by YNaija in June, Dakolo alleged she was ‘assaulted twice’ within a space of one week by Mr Dakolo while she worshipped as a member of his church. 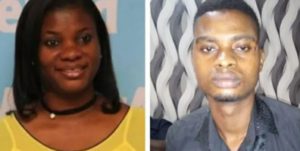