There must be a renewed commitment towards eliminating health impediments that can ruin the future of the girl-child and limit her productivity, Lagos State Governor, Mr. Babajide Sanwo-Olu, has charged.

Sanwo-Olu said all hands must be on deck in creating hygienic conditions that would stem the vulnerability of girls to infectious diseases, noting that all levels of government and the civil society had a responsibility to proffer solution to challenges that could restrict abilities of womenfolk.

This was the crux of the keynote address by the Lagos Governor at a breakfast session held on Thursday with the theme: “Toilets and Future”, jointly organised by RB, Water.org and Global Citizen in the ongoing 74th Session of the United Nations General Assembly (UNGA) in New York, United States.

According to a statement released by the Chief Press Secretary, Mr. Gboyega Akosile, Sanwo-Olu shared the stage as chief guest with former Australian Prime Minister, Kevin Rudd, during the session that focused on access to Clean Water and Sanitation – the Item 6 of the Sustainable Development Goals (SDGs).

In his speech titled: “Are We Washing Our Hands-off Girls’ Future? Toilets Will Transform the World”, Sanwo-Olu pointed out that lack of access to clean water and sanitation would limit the extent to which women and girls could live their lives and restrict their rights to take part in activities which opposite gender would do without hindrance.

He said: “It is bad enough when sections of a population are cut off from clean water and sanitation. It is as many times worse if the affected demography is women and girls. The harsh burden of a lack of sanitation amenities falls on them on account of one thing: menstrual hygiene.

“Inability to maintain adequate menstrual hygiene and lack of access to clean toilets severely limits the extent to which women and girls are able to live their lives and take unrestricted part in activities that men and boys can take for granted.

“For girls, it results in increased level of absenteeism from school, thereby widening an already unacceptable education disparity in societies where many parents still have to be convinced to see the value of educating their girls and young women.”

The Governor said if there were no usable sanitation facilities in schools, girls would more likely be compelled to stay away from learning in a period between three to five days monthly, adding that same situation would occur if sanitation facilities were provided but deemed insufficiently safe for the use by girls.

Sanwo-Olu said there must be radical change in the provision of sanitation facilities for girls, emphasising that women must have toilets specifically built for their hygienic comfort. He said the era of providing generic sanitation facilities in public places without considering their comfort for girls must end.

He said: “A school toilet facility designed by girls and women for girls and women would be radically different from one designed by men who presume to imagine what women require. If we fail to redress this, we are, in essence, undermining the future of many of our girls, and by extension, our own future as well.

“It is in our collective interest to see toilet in a new light – as a priority in the infrastructure and development agenda of any truly progressive government. Clean toilet is not just a toilet; it is one of the building blocks of a better tomorrow for all of us.”

Actions being taken in addressing the challenges, Sanwo-Olu said, must not exclude the input and participation of women and girls, stressing that the problem could only be truly solved if the affected gender was allowed to partake in policy and decision-making discussion.

He said he was not unaware of the persistent pressure on resources in Lagos, especially land and water, occasioned by the pace of population growth.

As Governor, Sanwo-Olu said increasing access to clean water and sanitation remained a defining line of action for which his government remained fully committed to creating sustainable solutions in the next four years.

On his part, the former Australian PM applauded the Nigerian government in taking the lead to address the global issue, saying leaders across the world must rise up for the girl-child to save the world of imminent danger.

Recalling his personal conversation with President Muhammadu Buhari on the issue, Mr. Rudd said: “It is clear that Nigerian government is evidently interested in addressing the SDG’s 6 and coming here this morning to meet the Lagos State Governor speak about what he is doing at the sub-national level further confirms that Nigeria is serious about securing the future of the girl-child.”

The ex-Australian leader, however, said low taxes and reducing vulnerability of low-income earners from exploitation remained the key elements leaders needed to consider if the world was serious at achieving SDGs. 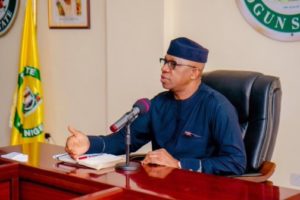 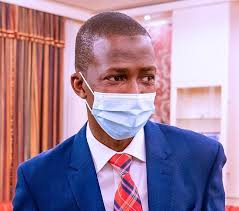 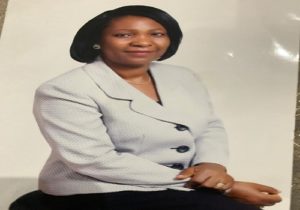