Only few young Nigerians can own six virile businesses at the age of 28.

She achieves all these through her EMR Group.

The entrepreneur was motivated to set up EMR Group because she knew that opportunities in the country had not been scratched.

“I saw that there was so much more that needed to be done,” she says.

“In my young eyes, there were so many opportunities that needed someone to fill and I thought, who else would do it if I chose not to,” she adds.

Fowowe was a very ambitious person right from primary school and she never envisaged working for anyone while in secondary school. For her, the National Youth Service Corps (NYSC) was also a huge drag. This was why she founded EMR Group as soon as she concluded the service.

“I was convinced that if I put all my energy into building my own business, I would make a success of it. And that is the journey I am on, right now,” she recalls.

Like every business, EMR Group has had its fair share of good and bad days. But overall, it has recorded more successes than failures.

“It has been net-positive so far,” Fowowe says. “And that is the part that excites me about the possibilities of the future,” she adds.

She says it has been a learning experience all the way. For her, entrepreneurship is more useful in how it develops the personalities of entrepreneurs than how much income it is able to generate.

Which of the segments of EMR Group is most profitable? Fowowe responds that it is difficult to rate any as more lucrative than the other because each business has its own peculiarities. “In real estate or construction, for example, it would appear than one is making a lot of money, but at the same time, expenditure is very high,” she says.

“Marketing is very brain-tasking and time-consuming. Interior décor has its own upsides and challenges. Today, you are chasing carpenter, tomorrow, painter, next week it could be the tiler. So every single business we have is lucrative for us,” she explains.

She points out that EMR Group needed to create multiple streams of income, especially after the economy crashed in early 2016.

So far, she has built a formidable brand in the properties industry in Lekki Phase 1 Lagos, Nigeria, providing a solution in that space.

“I remember asking my friend to lend me money to pay for my Corporate Affairs Commission registration after I was cheated by a another friend who had a registered company. As of 2011, people weren’t comfortable paying for services to individuals. It must be through a company. So, I sat down one Sunday in the church and the pastor’s message seemed like it was just for me. I literally cried my eyes out listening to him speak. At the end of the service, I got up and decided to register EMR Limited,” she recalls.

Today, her bulk of investments is in real estate construction and refurbishing for rental.

Currently, she has the highest number of living and commercial spaces in Lekki Phase 1.

She is also in the jewellery industry, investing a huge amount of money in her Emah Luxury. “We have had to consider new markets and see how much we can apply to take advantage of existing opportunities in them,” she says.

Fowowe tells Start-Up Digest that eight years down the line, she is humbled each time she requests her group’s bank statement.

Currently, she has a young team of 40 full-time employees. In most of the industries Fowowe has worked, she has had to deal mostly with men.

“So in managing them, I have learnt to treat them like an extension of our family,” she says.

“So I try to show genuine concern in matters that I can (because, most times, men do not talk about their problems) and ensure that there is clarity in terms of each person’s deliverables so we can all smile at the end of the day,” she notes.

The innovative entrepreneur also plans to deepen her imprint in some of the industries she plays by driving further geographical spread.

“We want to see EMRSpaces—our real estate rental business— in other major cities across the world, including New York, Accra, Dubai and London,” she says, underlining her ambition.

For her, the biggest challenge she faces is human resource quality.

“I wish I could scream it in capital letters. In Nigeria, I find that I am not alone. It is very difficult to find people that can do what they have promised to do and deliver to the quality you want,” she says, re-echoing the sentiments of other entrepreneurs. 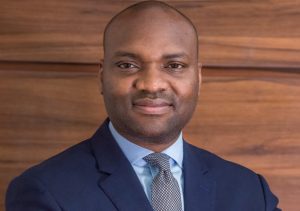 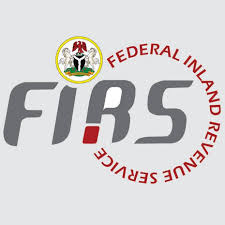