The Federal government has disclosed that 6 modular refineries it licensed would soon commence operations in the country in fulfilment of President Muhammadu Buhari’s commitment to grow local content in the Niger Delta region.

Senior Special Assistant to the President on Niger Delta Affairs, Mr Edobor Iyamu, has said this at a Dialogue on Critically Appraising Mechanisms Used To Transfer Benefits of Resource Extraction to the Niger Delta Region in Uyo last Tuesday.

Iyamu said Buhari is determined to ensure that the people of the Niger Delta benefit from the opportunities that accrue from oil exploration in their area.

”The federal government had kept it’s word by ensuring that the refineries were not only given licenses but also encouraged to begin production.

”The present federal government has put conducive environment for investors to open modular refineries in the country”, he said.

According to him, government has approved zero duties to investors on modular refinery equipment.

“Let us not forget that in previous administration, 35 modular licenses were issued nobody did anything about it.

“The licenses were issued and people just put the license in their suitcases, why because they were benefiting from the era of petroleum subcidy.

“I was going to say also that because of the policy of this government which is zero duties, it’s has encouraged a lot of investors into the space

‘So, today as I said we have six modular refineries, and I have been there myself not talking about things I read or saw from newspapers.

“I went there physically to inspect the modular refineries,” Iyamu said.

He enumerated that some of the policies set up by the government to encourage local content in the oil and gas sector to include strengthening the local content act.

Dr Ukoha Ukiwo, member of the Nigeria Extractive Industries and Transparent Initiative Expert Advisory Panel said that various framework and mechanism to bring benefits to the region could not succeed if trust was not built through engagement between the government, oil companies and the communities.

Ukiwo said that harmony could be created in the region and benefits derived if opportunities were created for people of the area to participate in the process of production.

According to him, this will help to improve the economy of the communities.

Dr Chris Onosode of Stakeholders Democratic Network, appealed to government and oil companies to work towards minimising the negative impact of oil exploration in the region.

Programme Coordinator of the Nigeria Natural Resources Charter, Miss Tengi George-Ikoli advised people of the region to hold government accountable for how the oil and gas resources are managed to ensure that communities enjoy benefits from the resources. 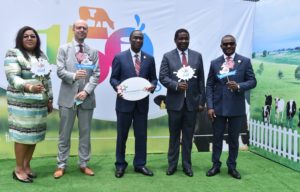 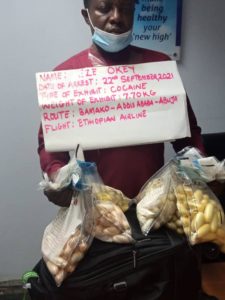