Another house of horror was, recently, discovered by the Kwara State police command in Ilorin, the state capital.

The alleged illegal rehabilitation centre is located at Idiroko, Odota, along the Ilorin International Airport.

A total of 108 victims were rescued by the police from the detention centre comprising 103 males, five females and scores of children.

Some of the victims, who spoke to newsmen, said they were brought to the centre from different places by their parents and relatives.

A victim identified as Collins Temitope, said he was brought to the centre in Ilorin from Lagos, saying “a sum of N150,000 was paid to the man in charge of the centre.”

Collins, who claimed to be a graduate, described the place where he spent four days as hell, saying they were sleeping with destitute and ate once in a day.

Warris Hussein who was also brought to the centre by his parents, because of his stubbornness and addiction to Indian hemp, said he had spent four months, twenty days at the detention centre and was allegedly maltreated.

He said in attempt to escape from the camp, the servants of the owner of the centre chained him.

Some of the female victims in the centre also alleged that relatives of the owner of the centre raped them severally.

But the owner of the alleged detention centre, Abdulraheem Owotutu, who hails from Ila Orogun in Osun State, said some of the victims were brought to the centre by their parents.

Owotutu disclosed that some were brought to the centre because of their indulgence in hard drugs and other illicit drugs.

The state police commissioner, Mr Kayode Egbetokun confirmed that “108 victims were rescued this afternoon from the camp based on intelligence reports.”

He deplored the poor condition of the victims and vowed that the perpetrators will not go unpunished. 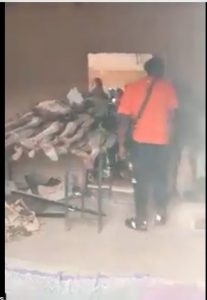 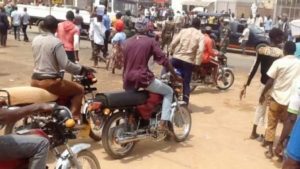