This led to the shortening of the All-Share Index (ASI) by 40.7 points to 26,357.24 points and the reduction of the market capitalisation by N19.8 billion to N12.831 trillion at the close of transactions.

Reports reaching our desk reveals that the loss suffered by the equity market was influenced by selloffs in stocks in the banking, consumer goods and industrial goods sectors, which caused the 0.27 percent, 0.28 percent and 0.40 percent declines posted by their respective indices.

However, the insurance index appreciated by 0.46 percent, while the energy sector increased by 0.54 percent.

After it released disappointing third quarter earnings, Guinness Nigeria closed last Thursday as the top loser, going down by N2.90 to settle at N26.45 per share.

It was closely trailed by GlaxoSmithKline, which went down by 60 kobo to finish at N5.80 per unit, and Lafarge Africa, which depreciated by 25 kobo to end at N14.45 per share.

Custodian Investment declined by 20 kobo to close at N6 per share, while the share price of Ikeja Hotel decreased by 11 kobo to settle at N1.07 per unit.

At the other end, Forte Oil emerged as the highest price gainer following fresh information from the energy firm concerning its proposed take over by the new owners. Shares of the company appreciated by N1.60 on Thursday to close at N17.60 per unit.

Dangote Sugar gained 15 kobo to close at N10.35 per share, Sterling Bank rose by 5 kobo to end at N1.85 per unit, Consolidated Hallmark Insurance moved up by 3 kobo to 37 kobo per share, while Continental Reinsurance also appreciated by 3 kobo to finish at N2.35 per unit.

Activity level was mixed yesterday as the volume of shares traded and the number of deals executed by investors increased by 54.41 percent and 5.32 percent respectively, while the value of transactions went down by 40.98 percent.

Omoluabi Mortgage Bank was the most traded equity on Thursday as the company sold 272 million units of its stocks worth N149.6 million, while FCMB followed with 36.2 million units traded for N57.8 million. 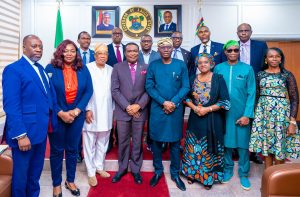