The willing consumers may include community and commercial clusters, industrial areas and hospitality sectors.

Speaking on a radio programme in Kano recently, the minister of power Engr Sale Mamman said, the policy was designed to save energy losses in the power sector and assist generation companies who have not been getting the full payment for their generated power.

He said the policy has already taken off as a pilot scheme in two states.

The minister revealed that DisCos have not been distributing all the power wheeled to them on the pretend that the consumers were unable to pay for the power.

This, he said necessitated the huge federal government’s subsidy intervention in the power sector by paying the GenCos for undistributed power.

He, however, assured members of the public that the government was taking various measures including the completion of on-going power projects to improve generation and distribution in the country.

He also called on Nigerians to be more responsible citizens by paying their electricity bills.

He noted that in the neighbouring Niger Republic, electricity tariffs were higher but payments were almost one hundred percent.

According to him, with the anticipated improvement in power supply to the country the increase in electricity tariffs was inevitable considering the cost of energy generation in Nigeria.

Meanwhile, Governor Nasir El-Rufai of Kaduna state has been appointed by the National Economic Council (NEC) to head the ad-hoc committee put together by the government to review the ownership of the electricity distribution companies.

The decision was reached at the NEC meeting presided over by Vice President Yemi Osinbajo on Thursday, November 21, at the presidential villa, Abuja.

Governors representing the six geo-political zones on the board of the Niger Delta Power Holding Company (NDPHC) are also expected to serve on the committee. 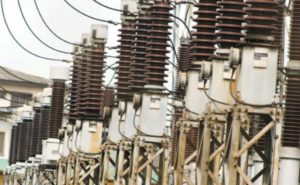