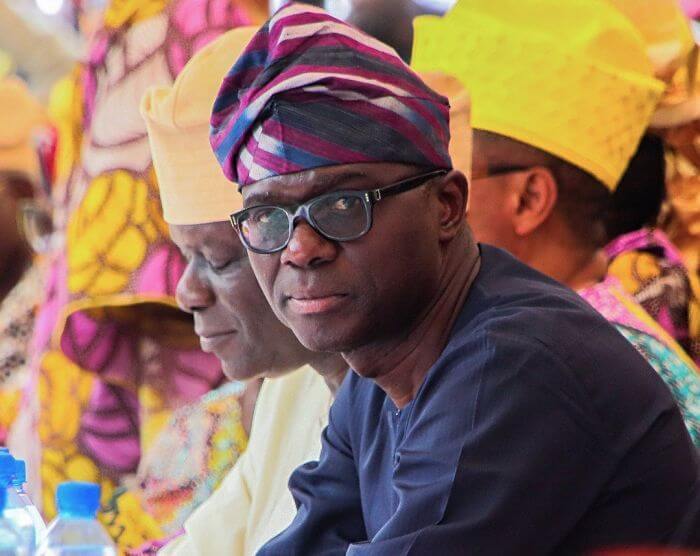 Lagos State First Lady, Dr. (Mrs) Ibijoke Sanwo-Olu has urged the people to continue to uphold God’s commandments and show love to each other which is the real tenets of humanity.

Speaking at the 2019 Christmas Carol Service of the State Government held at Lagos House, Alausa, Ikeja, Sanwo-Olu also emphasized the need for the people to continually glorify God for His mercy and goodness as aptly demonstrated with the precious gift of His beloved son to mankind.

According to her, “It is by the grace of God that we gather here today for the first carol service of the administration of Governor Babajide Olusola Sanwo-Olu. It is, therefore, necessary for us to glorify God for His mercy and goodness in our lives. The Christmas Carol is a long session of song in appreciation of God’s love to humanity, in sending His beloved son Jesus Christ to the world, to redeem mankind from sins.

“Christmas is an annual festival commemorating the birth of Jesus Christ. We must continue to praise and exalt God at all times; it is only through this means that God can have mercy on us. If God had not shown us mercy, the story of mankind would have been different.

“We must treasure the special love of God in our lives by consistently upholding His commandments and appreciate the enormity of the undeserved suffering that Jesus went through because of us. Christmas carol is a great way for getting into the Christmas spirit because carols are one of the greatest charms of this season that exudes a spirit of warmth, generosity and goodwill that is always welcome everywhere.”

Speaking on the theme of the Carol Service – ‘The Indescribable Gift,’ taken from the book of 2nd Corinthians, Chapter 9, Verse 15, the First Lady said it was evident that God so much love mankind that He gave His only begotten son to save humanity and give everlasting life.

“God loved mankind and gave us the most precious gift He had; that gift is Jesus Christ. The gift of Jesus Christ to the world is God’s highest expression of His love. That singular act cannot be described.

“Human love has limitation; it changes and can be described but God’s love is perfect, unlimited and cannot be qualified or described by any language or human feelings. God did not withhold His only son from us, and as such He will not withhold any good thing from His children. God is doing amazing things in the lives of His people that we cannot use any language to describe or express them,” she said.

The event, which featured the reading of nine scriptural lessons, was also attended by respected clergymen, while various gospel artistes and choir groups ministered in songs.