Zamfara State was once the pride and exemplary state for all Northern States in terms of upright disposition in governance, steered by Islamic religious heritage enforced and reinvigorated by adoption of strict Sharia guidance as the basic law governing the lives of the people. In Nigeria, it was a pearl of justice and fair play. In Islamic countries abroad, it was a bold and exemplary poise of an emerging state steered by purity and spiritual guidance.

However, not long after these enviable traits, the state gradually slipped into abyss of wilderness as a society identified by thuggery, banditry and wanton destruction of lives and property, no thanks to the rudderless and visionless leadership of Abdulazeez Yari’s administration, an experience no citizen of Zamfara State, and indeed anywhere else, would wish a repeat.

I have read and heard from heartless, insensitive and reactionary people that the administration of Abdulazeez Yari has left a legacy for the people of Zamfara State to remember. Indeed, that administration has left a legacy behind for posterity to judge worst than the leadership of Pharaoh. The Prophet, Muhammad (SAW) has said that the life of a believer is worth more than the Holy Kaabah and that he who saves a life is as if he has saved the whole world and he who killed a believer is as if he has killed the whole world. Yari, as a leader allowed and aggravated the killings of the people and in retrospect, Matawalle saved lives of the people.

There is no exaggeration in the above position since under the nose of Yari as a leader, a falsely acclaimed leadership maestro, no fewer than 6,000 innocent souls were killed. All he could tell the people then was that he has abdicated his position as the Chief Security Officer of the state without corresponding vacation of his administrative position. These innocent souls died a death that was completely preventable. And if anyone doubt the possibility of averting these senseless and callous loss of lives, one should compare the last six months of Matawalle’s administration to the period of insensitive leadership of Abdulazeez Yari.

Yes, they are quick to point to some road constructions and many other cosmetic touch of deceit by the Yari administration as an achievement of eight years. Rational minds ask these blind apologists what road constructions mean to a mother who lost her child, to the father who lost his child, to the wife who lost her husband and the child who is mercilessly orphaned. What does contractually inflated road mean to a business man whose wealth he has lost or to the livestock merchant who lost all his stock?

Former Governor Abdulazeez Yari was a despot. He cared less about the very foundation of human existence and did not have the minute care for his responsibility as a leader because the worst leader is not that who fails to provide his people with social facilities but who fails to protect their lives and property and then fails to regret his failure.

Indeed, even Ahmad Sani (Yariman Bakura) openly regretted his decision to draft this poorly educated and morally weak personality into the helm of Zamfara leadership, a state he personally led to achieve the status of a well mannered Sharia society. Yari knew his weaknesses and mountain of human inadequacy. Hence, he grew arrogant and aggressive to bury these shortcomings, an attitude that pushed him to his present political wilderness. He has all this while, employed his worst machinations to demean the person and administration of Dr Bello Muhammad (Matawallen Maradun) which has fully exposed his failure in the past. His ploy is to ensure that peace achieved in the state fails so that his proven failure is covered.

The people of Zamfara have awakened. They have since separated the grain from the chaff. What we see and hear daily are prayers from the common man for the success of Matawalle’s administration and Allah will grant these prayers because they are coming from people who were previously cheated. Unlike the desperate machinations of Yari and his hawks, the effort Dr Bello Muhammad administration is genuine and not about 2023 elections, but about the protection of lives and property of the people. For those living in Zamfara State, Yari and Matawalle are like a repeat of the era of Pharaoh and the coming of Moses.

Think It's Cool... Please Share
Tags: THE PHAROAH OF OUR TIME AND THE COMING OF MOSES 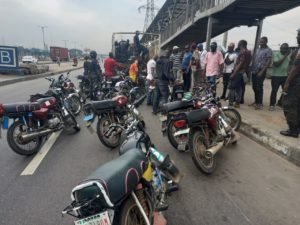 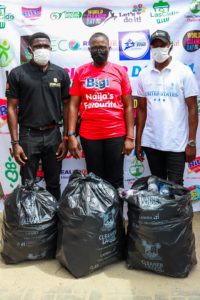 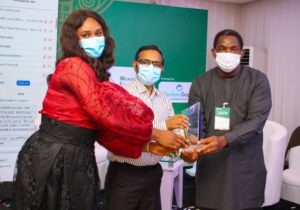