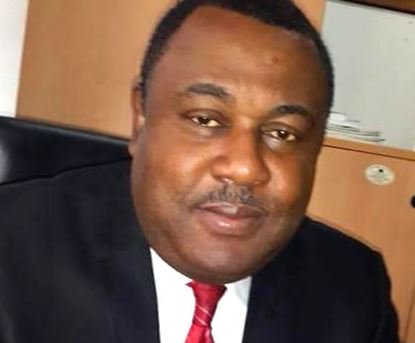 He spoke recently during a briefing in Lagos , also urged the government on the need for more urgency in an effort to tackle Apapa gridlock.

Nwabunike, however, lauded moves aimed at moving containers in and out of Apapa using tug propelled barges.

“We wish to draw government’s attention to the possibility of making Nigeria a dumping ground for empty containers as shipping companies have shown ineptitude in taking responsibility for this.

“We view the application of tug propelled barges in moving empty containers as a welcome initiative that should be improved upon,” he said.

On the collection of Practitioners’ Operating Fees (POF) by the Council for the Regulation of Freight Forwarding in Nigeria (CRFFN), Nwabunike said ANLCA is supporting it because of the laudable plans explained to the association.

According to him, ANLCA got convinced because the group was informed that part of the funds will be deployed to build capacity through training and retraining of it’s members.

Nwabunike reiterated the group’s support for the planned diversion of cargoes from the Lagos area and urged the Federal Government to dredge the Calabar and Warri channels to accommodate bigger vessels.

He added that efforts should be put in place to mitigate the effect of likely inflation that will affect consumers of imported cargoes due to the diversion option recently announced by Nigerian Ports Authority (NPA).

On allegation of internal wranglings in ANLCA, he said the group has worked to bring everyone together and move in oneness.

He said the association accommodates the plurality of Nigeria without bias for ethnicity and lingual differences.

ANLCA, according to him, is concerned about the over 2000 trucks stuck along the border corridors due to ongoing partial border closure.

He urged the Federal Government to reconsider allowing goods import in line with the law; access such goods for duty payment to reduce the losses being incurred by importers and agents as a result of the policy.

On revenue target given to Nigeria Customs Service (NCS), Nwabunike said it will make Customs unnecessarily overzealous and desperate.