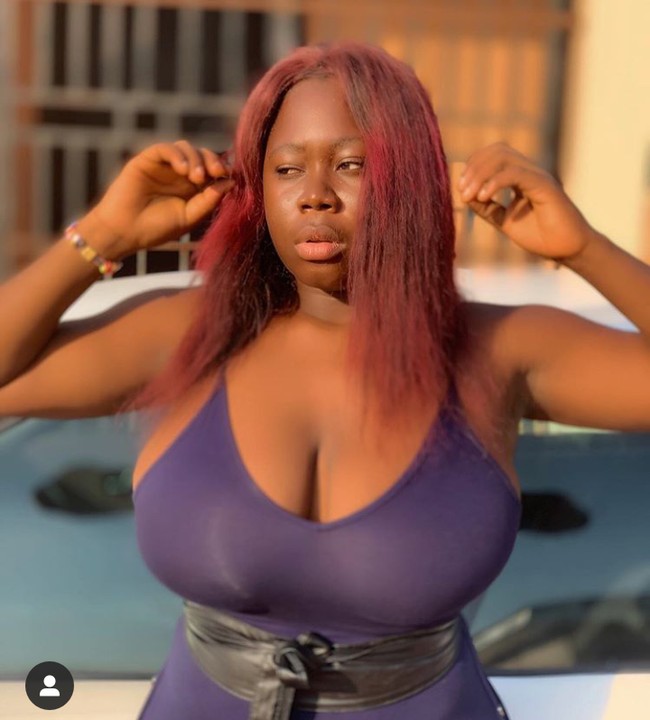 An up coming actress, Mandy Obi, has revealed why she had recently been the cynosure of eyes by the movie producers.

The curvateous lady, who is a green horn in the show business said that has not deterred her from playing her role despite the harassment.

The Anambra State-born script interpreter has bemoaned that movie producers always harass her for sex.

“I started acting in 2016 because I have always loved to be an actress right from my Secondary School days. So, I started going for auditions, from Lagos to Asaba. I could remember the first audition I attended, the producer told me the main reason he picked me was because of my shape and boobs. Most of these producers want to sleep with me before giving me roles. So many of them!

“But I don’t do that. I don’t sleep around for roles. If I start sleeping with producers, how many would I sleep with to get to the top? I just avoid them. Aside producers, men too won’t let me rest. Sometimes, I will be like ‘why am I so busty?’”

Though, Mandy is tired of the sexual harassment, she doesn’t see her big boobs as a curse but a blessing.

“I see my big boobs as a blessing because some girls do surgery just to have big boobs, but mine are so natural. Getting my size of bra is not tough. My boobs are not the biggest; they are just normal. I don’t have any challenge managing my boobs; I love the way they are. If I have my way, I’ll add to my bum bum; I want bigger butts,’’