Justice Buba made the restitution order while delivering judgment in a four count-criminal charge filed by the Police Special Fraud Unit (PSFU), Ikoyi, Lagos against the FCMB female banker.

The PSFU through its lawyer, Mr. Chukwu Agwu, a Superintendent of Police, had dragged the convicted banker before the court on an amended four-count charge of conspiracy, forgery and obtained under false pretence, in a charge marked FHC/L/241c/13.

She was rearraigned on February 2, 2018, on the amended four count-charge.

The offences the prosecution said are contrary to and punishable under section 1 and 8 of the Advance Fee Freud and Other Fraud Related Offences Act. 2006 and section 2(c) at the Miscellanea: Offences Act. 2004, which she pleaded not guilty to.

To prove the charges against the convict during her trial, the prosecutor, Agwu, informed the court that the convict while working with FCMB Plc, conspired with a company, Bizmate Nigeria Limited and its staff to defraud her bank of the sum.

Agwu also told the court that the Bizmate Nigeria Limited and the convicted banker were said to have conspired with to commit the act alongside Zulikah Zoni Anwail, Olakunle Wakajaiye, Blessing Gbajide, Alicia Onwukah, Ose Ekiosola. Uche Okolie, Olusegun Oladlmeji, all who were said to be at large.

Agwu told the Court that sometime in November 2012, FCMB Plc or FCMB Group received a message from a bank concerning two suspicious transfers.

He added that on November 14 and 15, 2012, sums of N7 million and N8 million respectively were transferred into Bizmate Nigeria Limited account with the bank from the FCMB account.

FCMB then conducted internal investigation into the two suspicious fund transfers and it revealed that a total sum of N50 million transferred by a Revue World Resources Limited have been received from 45 Staff Salary Plus loan accounts of the supposed staff of Bizmate Nigeria Limited.

He told the  court that the said 45 Staff of Bizmate Company were availed “Staff salary plus loan‘ by FCMB at the auspices of the defendant, Andrea Chizoba Okpalangwu, who introduced Bizmate Nigeria Limited and Revue World Resources Limited to the FCMB as a prelude to the availment of the loan.

Agwu also stated that the defendant was the account officer of both Bizmate Nigeria Limited, the 45 Staff of Bizmate Company and Revue World Resources Limited.

The prosecutor told the court that it also discovered that all the 45 telephone numbers listed on the letter headed papers of the Bizmate company were not reachable, and that efforts to reach the said 45 staff of Bizmate Nigeria Limited were futile as none of their said telephone numbers was going.

He told the court that the investigation also proved that none of 45 staff was even present at Adetokunbo Ademola Street, Block 56, Flat II, Abesan Low Cost Housing Estate, Ipaja Lagos, of where the FCMB branch accounts holders domiciled.

And a check at No. 14, Grace Andrews Drive, Lekki, Lagos, supposed branch office of Bizmate Nigeria Limited showed that nobody was there for any business.

He stated further that it was revealed during investigation that nearly all account opening documents were presented to the FCMB by the defendant.

He also said they discovered that the cheque book for the 45 staff account were collected by the defendant and Hadizatu Sule and handed over to Mr. Wakajaiye at the Lekki office.

The refund was made by the defendant into Ndubuisi’s account.

He therefore urged the court to convict and sentence the banker as charged.

However, the convict, who only defended the  charges against her, denied all the allegations.

Delivering judgment on the charge, Justice Buba held that the prosecution have been able to prove all the ingredients of the charges against the defendant.

Justice Buba consequently convicted the banker and sentenced him to seven years imprisonment on each of the counts.

Justice Buba while ordered that the jail terms are to run concurrently, also ordered the convict to restitute to FCMB the sum fraudulently obtained from the bank. 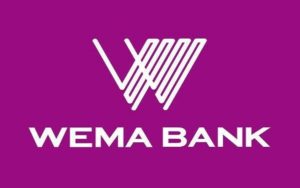 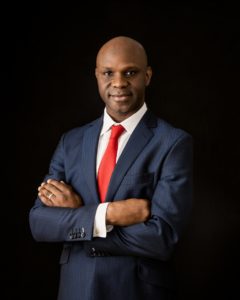