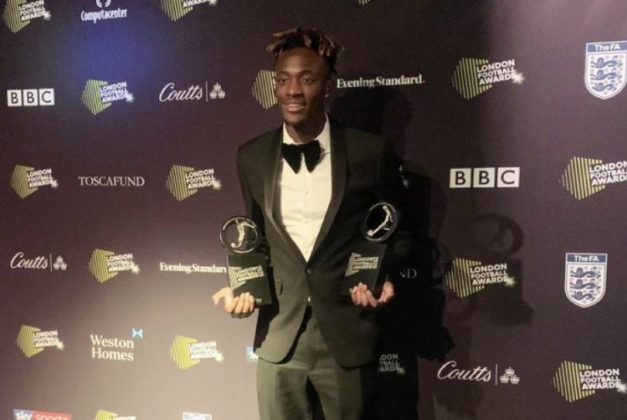 Abraham won two awards for his performances over the past 12 months. He became the first player to collect both in one year, with the England international first helping Aston Villa to the Premier League via the play-offs before notching 15 goals so far this season following his return to Chelsea.

Chelsea manager Frank Lampard presented the striker with the main award of the evening while former Blues defender Ashley Cole was in attendance to present the prize for the best player under-21 in London.

Abraham pipped fellow Blue Jorginho to the Player of the Year award, while both Fikayo Tomori and Mason Mount were nominated in the young player category.

Both Chelsea Women manager Emma Hayes and Frank Lampard had been nominated in the Manager of the Year category, and Bethany England, Erin Cuthbert and Magda Eriksson were all nominated for the Women’s Player of the Year award. Those awards went to Brentford’s Thomas Frank and Arsenal’s Vivianne Miedema respectively.