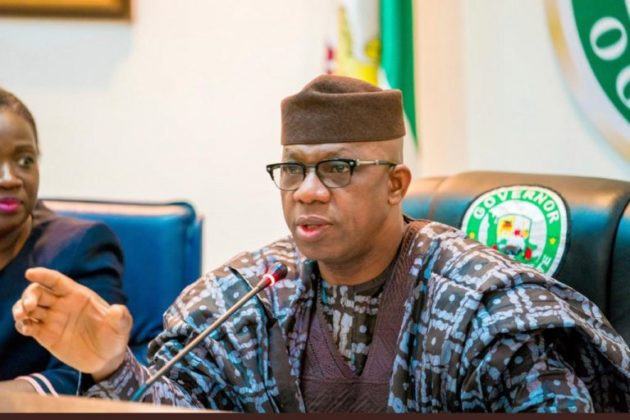 STUDENTS of Tai Solarin College of Education, TASCE, Omu-Ijebu, Ogun State, have appealed to the Governor, Prince Dapo Abiodun, to as a matter of urgency, to check the excesses of Oro worshippers in the community before it degenerates into a major crisis between the students and indigenes. The students made the appeal when the Special Assistant to Governor Dapo Abiodun on Student Matters, Comrade Azeez Adeyemi visited the school in continuation of his tour of campuses in the state. The students alleged that the adherents of Oro, during their rites, always imposed curfews and other stringent rules on the student community, which according to them, were threatening their peace and also affecting their academic activities. The students alleged that the imposition was really affecting their academic performance and their freedom to move freely around the community. The Students Union President of the institution, Oluwatobiloba Adefesobi, lamented the activities of the Oro adherents, wondering why Oro rites were always done during their examination period. READ ALSO;Covid-19: Panic buying as Kwara closes markets, bans commercial transports One of the students, Tijani Omobosola, also said when the issue first happened, they reported it and it was banned. While addressing the issue, the Divisional Police Officer in charge of Omu, Abiola Adeboje, appealed to the students to continue to tolerate the Oro worshippers, saying the students must respect the culture and tradition of the host community. He assured the students of police protection and urged them to be peaceful and law-abiding, saying they would not be hurt by any individual, either Oro adherents or indigenes. In his response, Comrade Azeez Adeyemi assured that the government would promptly address the issue to avoid a major crisis. The Provost of the institution, Dr. Adeola Kiadese, commended Governor Abiodun for reviving the institution after facing a series of challenges under the past administration. “We knew how it was before, we all knew how the crisis almost led to the collapse of this institution but we want to thank our Governor for bringing back the glory of the institution. We also get our subvention regularly without any stress. The support of our governor is endless”, the Provost said