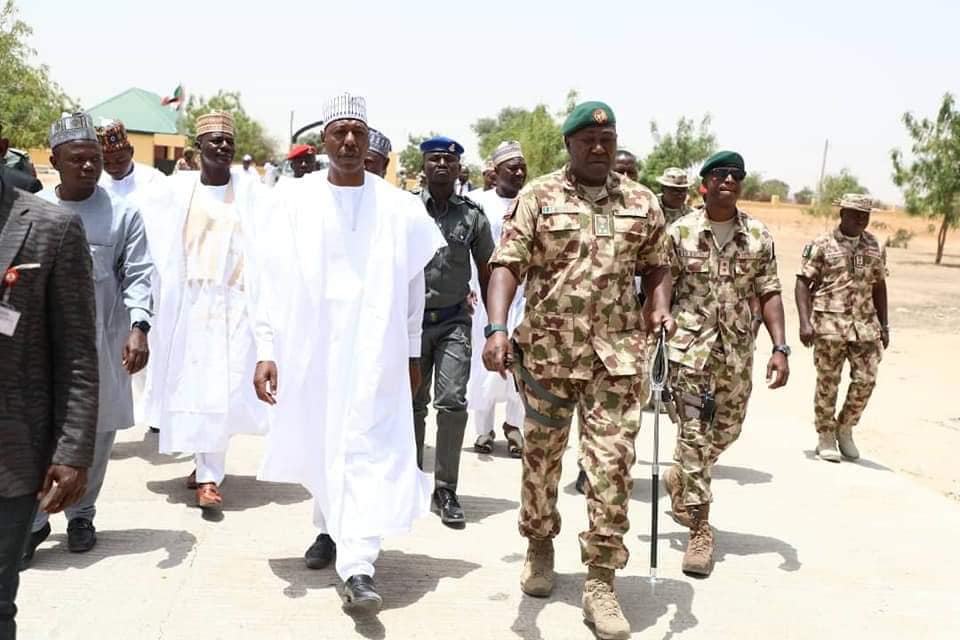 Each family is to receive N500,000 not as compensation for losing priceless lives but as social protection at tough economic times caused by COVID-19 inspired lockdowns across the country.

Zulum, received by the G.O.C, 7 Division of the Nigerian army, Brigadier General A.K Ibrahim, was there to convey condolences and solidarity with the military’s ‘operation lafiya dole’ which is involved in the fight against the insurgents.

“The Government and people of Borno state share the grief of the Nigerian military, particularly those of bereaved families of the soldiers who died last week at a time the country is faced with pandemic. We pray for the repose of the souls of these gallant soldiers and we salute and appreciate their supreme sacrifices. Nothing can compensate for losing these precious brothers and patriotic Nigerians. We commiserate with their families and because we are at a tough and unprecedented times, the government of Borno will support each family with N500,000.

Importantly also, we hope the unfortunate incident will not dampen the spirit of our gallant military in our shared fight against boko haram” Zulum said.

Our correspondent reports that after meeting the GOC, the Borno Governor addressed widows and other family women living at the Maimalari barracks.

He directed that an accurate and verifiable list of all widows and families be compiled with each identifying her choice of small scale business and bank account details attached to every name so that government can transfer startups to them”.

“You the widows and those married women with children have bore the impact of the sacrifices made by your soldier-husbands. We know your pains and we share them. We are mightily proud of your husbands and we salute them and you who stand by them. We will support you in ways we can and we will support you directly through your bank accounts so that you start business and boost the ones you are doing” Zulum said to the ovation of the women.

Zulum, as confirmed by the 7 Div GOC, had weeks back, released a transformer already being used at the barrack.

The Governor also announced the drilling of two boreholes with distribution lines to families.Zulum also promised to renovate a dilapidated primary school used by children of soldiers at the barrack in order to increase access to education.

Soldiers and their families openly expressed gratitude to the Governor whom the GOC, General Ibrahim described as a true father that has accorded genuine support and empathy for the military.