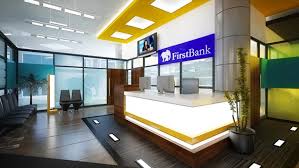 The result, released by the Nigerian Stock Exchange (NSE), showed that the profit rose by 26.5 per cent when compared with N58.23 billion achieved in the comparative period of 2018.

Its total assets stood at ₦6.2 trillion, representing an increase of 11.4 per cent on the ₦5.6 trillion recorded in 2018.

Non-Performing Loan (NPL) ratio returned to single digit at 9.9 per cent against 24.7 per cent achieved in 2018.

The company, as a result of the impressive records, recommended a dividend of 38k to its shareholders which will be approved at the Annual General Meeting (AGM) slated for April 27.

“We are happy to close the 2019 financial year on positive notes across a number of key metrics, giving the Group a clean-slate to accelerate its growth plan as we conclude the 3-year Strategic Planning Cycle which ran from 2017-2019 and commence a new cycle.

“In line with our promise to the market, FBN Holdings closed the year with a 30.9 per cent y-o-y increase in profit before tax and delivered its target of a single digit NPL which closed at less than 10 per cent.

“Similarly, we successfully overhauled our risk management architecture, strengthened our processes by leveraging technology and institutionalising a strong credit culture across the lending entities,” he said.

According to him, these deliberate steps have seen the NPL ratio of the company’s vintage book remain below 1 per cent.

“In the same vein, we have made significant improvement in our revenue generation capacity with non-interest income benefiting from our market leadership in electronic banking channels.

“It is also noteworthy to highlight that our investments aimed at improving operational efficiencies and enhancing revenue accretion have resulted in higher cost-to-income ratio.

“The benefits of these investments will be realised in subsequent periods.

“The new cycle is focused on strengthening and positioning the various businesses across the Group for sustainable growth over the long-term.

“As a Group, we are committed to transforming our financial performance to tangible results for the benefit of all stakeholders especially our shareholders through enhanced returns and dividend payment.

“As a testament of the resolution of the legacy issues and an indication of the future, FirstBank re-commenced dividend upstream to the holding company,” he stated.