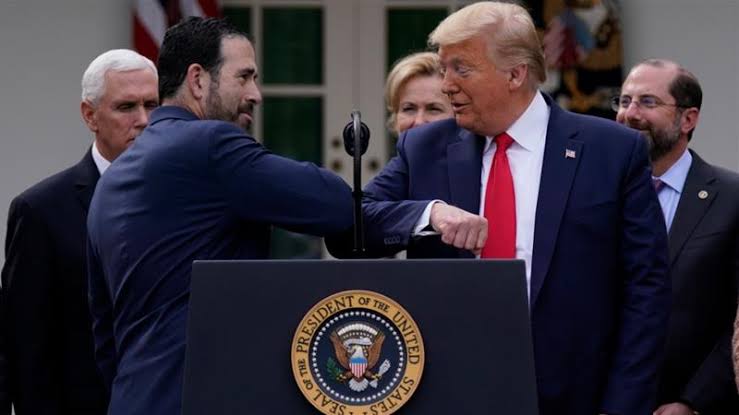 When COVID-19 berthed in the United States on February 26, only a few people were infected. Days later, in early March, the figure rose slowly to a paltry 70. But one month later, the coronavirus disease had infected nearly half a million people. It is cataclysmic and apocalyptic. Deaths, too, have risen from a few in early March to well over 14,000 people. US experts have predicted, alarmingly, that, in light of President Donald Trump’s shambolic approach to the health crisis, the disease was yet to plateau. Some 15 years earlier, former president George W. Bush had warned of future pandemics, urging the US to adequately prepare for it. Unfortunately, the country paid half-hearted attention to any preparation.

After the Ebola crisis of 2014-2016, the Barack Obama administration notched up national readiness to combat pandemics by setting up the Directorate for Global Health Security and Biodefence. That agency was still revving up into a rhythm when in 2018, the Trump administration scrapped it, failed to appoint officials into agencies designed to anticipate epidemics and pandemics outbreaks, resisted taking extraordinary steps to recover years of stasis in that delicate field, and began defunding agencies whose sole responsibility was to anticipate pandemics and prepare defences against them.

The outcome, as the coronovirus disease of 2019 has shown, is not surprising. It is also not surprising that as the death rate rises astronomically, Mr Trump has felt beleaguered, focusing more on the consequences such morbid figures might portend for his re-election chances than stemming the tide of the disease. He is expected to focus on slowing and defeating the pandemic, and has indeed appeared to do just that. But alarmingly he has also unabashedly kept a wary eye on politics.

He has embraced the form of great leadership by conducting daily press briefings, and appearing to show passion and commitment; but he has denied the substance of great leadership, exemplified by his lack of sophistication, restraint and noblesse oblige. Mr Trump’s inexpert handling of the Covid-19 crisis, despite being surrounded by a host of brilliant crisis managers and health experts, is thus altogether a reflection of his essence as a person and leader. Failure in managing the crisis may accentuate his controversial essence; but success is unlikely to ameliorate his idiosyncratic dysfunction.

The first cases of Covid-19 in the US were noticed only towards the end of February. By early March there were in fact fewer than 100 cases. In January, experts had forwarded a memo to Mr Trump urging drastic and urgent steps to avert catastrophe. He downplayed the problem, and indicated that his hunch said the projected casualty figure from the pandemic would be much lower than anticipated, and even described public anxiety about the virus as an exaggeration and a hoax.

Mr Trump has stood in the way of his experts facing up to the virus, and has often shown himself to be irritable when confronted with inconvenient truths about the rampaging disease. As the death rate continues to mount, and despite the improvement in testing and treatment, some public affairs analysts in the US fear that their president could unravel. Nobody can guess what that threshold is. But given the rate of infection and deaths, it is not clear just how much Mr Trump can take without making constant recourse to his customary nastiness, or whether his essential self is actually wired to take as much punishment as the most stoic of men.

This is probably the first major and consequential crisis President Trump is facing. How he tackles it, and if he is successful, will determine his position in American history. He has posed as a wartime leader. Well, then, he has furnished himself a war in the most unorthodox of ways, far beyond his most optimistic predictions — but he has procured a needless war that is more appropriately the product of his naive and romantic notions of power and leadership. While his men — most of them competent, it might be added — have braced up boldly and scientifically to the plague, Mr Trump has often rested his assumptions and strategies on mere instincts. Thus lacking depth and proving incapable of the nuanced comprehension of the future implications of the crisis, it is not clear that either now or in the near future Mr Trump can be trusted to appreciate the global dimension of a crisis already weakening the US.

Of course, the world will get over this modern plague. In a matter of months, not the weeks Mr Trump predicted, the US will overcome the crisis. But whether the country will remain the same is a different thing altogether. And, more critically, whether he will emerge politically unscathed is another thing. Contrary to the idea Mr Trump has sold Americans since his assumption of office more than three years ago, the US is not an island entire of itself, as John Donne puts it. It is part of an intricate network of global social, political and economic manifestations, very ruthless, very unsparing and very unforgiving.

In about three years, Mr Trump has led the US down the garden path of isolation, or what he called rejuvenation or making America great again. That path has future consequences quite unobvious to him, partly because they are so complex and not easily discernible. That path is one of unforced errors and mortal self-delusion that have whittled down the power and prestige of the US. The Covid-19 crisis may just hasten the process of decline. Many of the men around him perceive this danger; but there is no persuading Mr Trump to alter his worldview. Indeed, he seems incapable of envisioning a different outcome and power trajectory for the US other than his romantic, if not deluded, notions.

Few can hazard a guess where the crisis would leave the US in the months ahead, or just how damaged politically the president would be before the elections. Job losses have spiralled. By the end of March, some 10 million US workers had lost their jobs, and nearly seven million have filed for benefits. The situation could get much worse if the virus persists in ravaging the society and harvesting deaths. Unlike in early March, in April more Americans have started to feel that Mr Trump was inexpert in handling the crisis, and his style and manners are unhelpful and have begun to slightly rankle with the American people. If the effects of the crisis should linger into the November elections, there is no telling what kind of electoral consequences it might presage. What is clear is that the greatness the president repeatedly trumpets for the US is in fact antithetical to the greatness that had been integral to the US psyche for generations. This concept of greatness is probably too deep for Mr Trump to grasp.

Covid-19 has probably put China at an advantage, no matter how short-lived. There are also a number of conspiracy theories being bandied about regarding the origin and purpose of the virus, including one involving the ambition of China to upstage the power and influence of the industrialised West, particularly the US. It is not certain that those theories are accurate, or that China is driven by that kind of ambition, or that Mr Trump is completely ignorant of those designs. It seems clear, however, that all things considered, especially given the manner China emerged from the coronavirus crisis, and given the way the US and the West have proved spectacularly slothful in managing it, the world may be starting to witness the beginnings of global power realignments, the dying embers of a past era, and the budding of a new one.

These changes may not occur overnight or even in a few years time. But the rise of Mr Trump and the incalculable damage he has done to American power and prestige by his politics and ideas, notwithstanding his popularity, may have triggered new concerns about American fault lines, the socio-economic and political weaknesses of the West, and the seemingly unending possibilities of the East, particularly China. The years ahead will be very interesting, if not tumultuous.

The competition for power will heighten, and humanity will find newer ways of grappling with changes and challenges certain to test their resolve and know-how to the limit. The changes themselves — whether technological, such as the much maligned 5G (fifth generation wireless communications technologies), or biological, such as malignant viruses, or even political — are certain to be accompanied by profound tectonic shifts that may leave the world gasping for breath and searching for new meanings. The world system, as it is known today, may in fact be ebbing away, and this generation of humans may be witnessing an epochal change