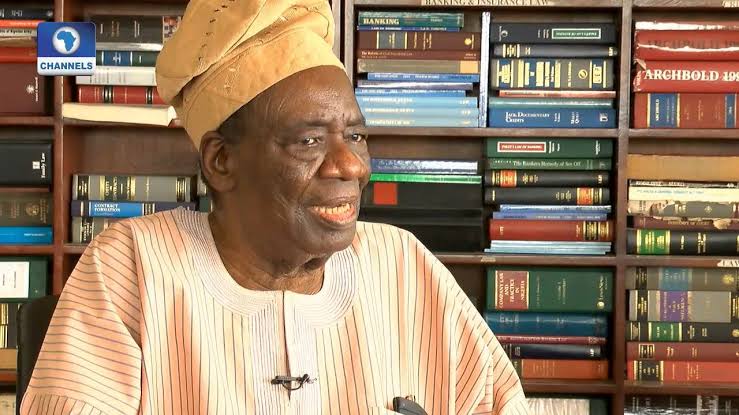 Former Minister of Justice and Attorney-General of the Federation, Chief Richard Akinjide, is dead.
The 88-year-old legal icon died in his Ibadan, Oyo State, home.

Born in Ibadan, in the early 1930s to an influential family of warriors, the late foremost lawyer and Ibadan High Chief attended Oduduwa College, Ile-Ife from where he passed out in Grade One (Distinction, Aggregate 6).

As a frontline Yoruba leader, he was a Minister of Education in the First Republic and Minister for Justice in the Second Republic.
He was a member of the Judicial Systems sub-committee of the Constitutional Drafting Committee of 1975-1977 and later joined the National Party of Nigeria in 1978.
He became the legal adviser for the party and was later appointed the Minister for Justice.
Details shortly…