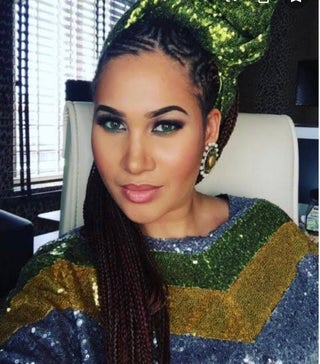 A Nigerian lady, Oyindamola Alexander has cried out on social media after she lost her job while receiving treatment for the novel coronavirus.

The lady, who was discharged on April 20 after testing negative, claimed she fell into depression following the allegations made against her by the her boss, Caroline Danjuma.

Oyindamola alleged that her ordeal started after the actress’ 11-year-old son returned from a high risk country, the United Kingdom, and started manifesting symptoms of COVID-19.

Danjuma hired the lady as a domestic staff and she contracted the disease after coming in contact with the her son.

“My page was created some years back.
Little did I know that life is going to throw an experience of gross injustice and dehumanization on my lap through a woman I would work for.
I have been badly treated but this particular one breaks me.
I think I am strong but my choosing not to speak up is dragging me into depression.
I have been one person that advocates for people speaking up to heal.
More in Home

And for once I decide to state my plight and be heard.
I did not only have to deal with covid19.
I have also been going through intense level of frustration from my boss. Who did not only sack me on my sick bed even though I got the virus from her son who she flew in from london prior to the lockdown.but going all out to intimidate me with false accusations and lies. I was ordered by relatives to not even mention I had covid19 not more of staying my struggles especially the I’ll treatment for my boss. I am trying to hang on and pray I get justice and an end comes to this oppression.

So even though I was depressed and almost suicidal after dealing with covid19 and also the maltreatment from Caroline danjuma. I was ready to settle for peace sake until she has been threatening me even after being discharged from isolation. Saying her son never had covid19 is the height of oppression and dehumanization on anyone. Knowing fully well I was exposed to her son who tested positive first. And the ncdc insisted we come for test. I will drop all my screenshot starting from while she was in isolation.

But instead did all she could to relegate me and intimidate me to feel like a nobody while in her house.

I won’t choose to fall into depression rather I will speak until I’m heard.”

See the full posts below: