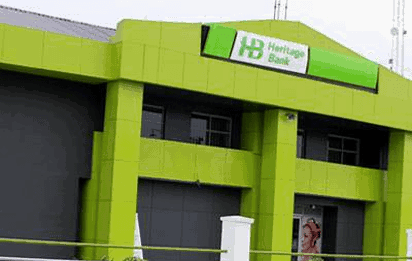 Heritage Bank Plc has continued to boost the agriculture base of Nigeria, making farming profitable to stakeholders and attractive to the youth.

The lender has done with by collaborating with the Central Bank of Nigeria (CBN), under the Nigerian Incentive-Based Risk Sharing in Agricultural Lending (NIRSAL), to drive improved investment outcomes and job creation.

Recently, the apex bank approved the disbursement of about N75 billion as a loan to farmers in the 36 states and the Federal Capital Territory (FCT) under NIRSAL.

The loan guarantee scheme is a public-private sector initiative set up to transform the country’s agricultural sector.

It was initiated by the CBN, the Bankers’ Committee and the Federal Ministry of Agriculture and Rural Development, to guarantee 75 per cent loans provided by Deposit Money Banks (DPB) to farmers as part of efforts to transform the country’s agricultural sector.

Speaking on the several CBN intervention scheme and private sectors’ partnerships, which have accumulated to thousands of job creations, the MD/CEO of Heritage Bank, Mr Ifie Sekibo, noted, “under the Central Bank of Nigeria’s Anchor Borrowers Programme (ABP) and the Nigeria Incentive-Based Risk Sharing System for Agricultural Lending (NIRSAL), Heritage Bank is positioned to provide on-lending funding to aggregated farmers in the 2020 farming season to grow various products that will serve as raw materials to the processors, thereby ensuring market linkages and access to the market as well as reduce importation and conserve Nigeria’s external reserves.”

According to him, Heritage Bank is also supporting the drive for cash crop commodities that would boost Nigeria’s foreign exchange earnings, which President Muhammadu Buhari’s administration has always been cautious given the dangers the continuous reliance on imported food items pose to its efforts to create jobs as well as develop and diversify the economy.

No doubt Heritage Bank’s unswerving lending to the agriculture sector has earned it a deluge of accolades.

“To its portfolio Heritage Bank Plc earned the Nigeria’s Most Innovative Banking Service Provider in 2017 and 2018 that were bestowed with the inaugural Nigeria Sustainable Banking Award convened by the CBN “For Sustainable Transaction of The Year in Agriculture,” he said.

The Nigeria Agriculture Awards (NAA), at its annual event convened by AgroNigeria (The Voice of Nigeria’s Agriculture), to appreciate immense efforts of those who have contributed to the success of the agriculture sector in the country, announced Heritage Bank as the Agric. Bank of the Year.

According to NAA, Heritage Bank was selected in recognition of its footprints in the Agric. space, especially the Triton Aquaculture Project.

Also, Heritage Bank Plc which has been adjudged the lead settlement bank for Gezawa Commodity Market (GCMX), has collaborated with key stakeholders to revolutionise the agricultural value-chain.

The collaboration was aimed at providing a fully integrated ecosystem for commodity exchange.

Heritage Bank was appointed the Lead Settlement Bank and Transaction Adviser to GCMX and a memorandum of understanding (MoU) was signed between the two firms, whilst over 10,000 farmers in 3000 cooperatives in the 44 local governments of Kano States were hosted.

The partnership between Heritage Bank and the Exchange has continued to facilitate the ease of agro commodity trading in a more structured way, especially with the closeness to the Dawanu, the largest grain market in Africa.