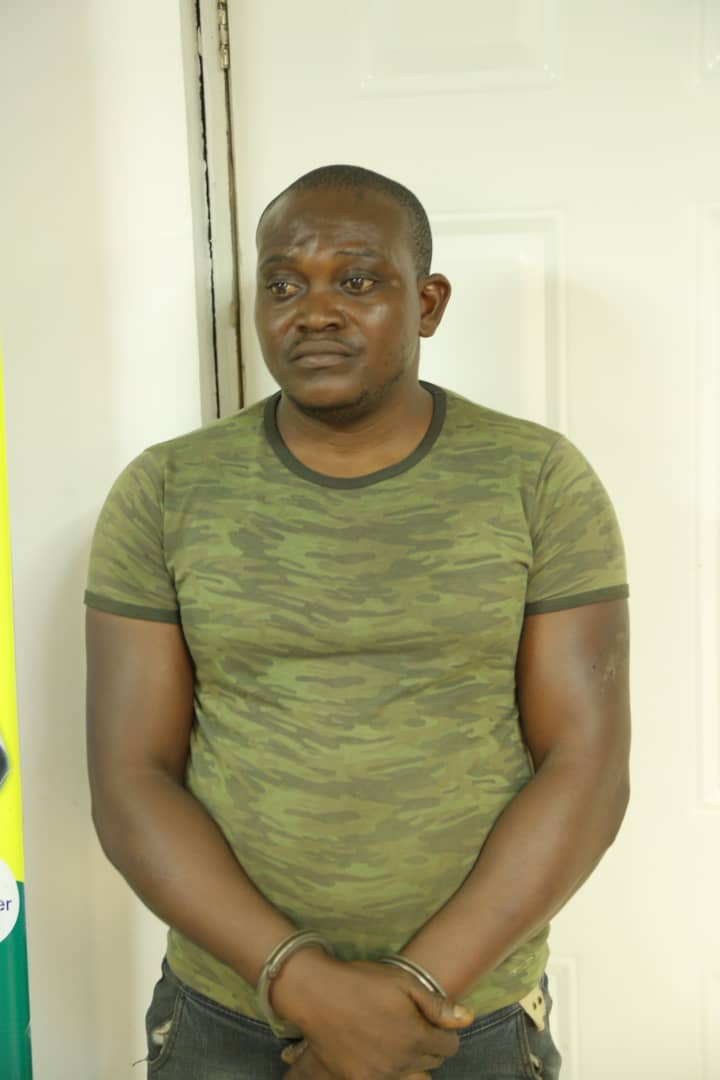 A dismissed army officer who beat up a female Police Inspector in Lagos has been arrested.

A statement signed by Superintendent Bala Elkana, the Command’s Public Relations Officer, says the suspect would soon appeared in court.

According to the statement, trouble started when, at about 5pm on August 9, Ilemba Hausa Police Station, in the Ojo area of Lagos, received a distress call that a female Police Officer, Inspector Martina Onyeacho who was on traffic control duty at Shibiri bus stop, Ilemba Hausa, was being attacked.

A patrol team was promptly deployed to the scene to rescue her. Her attacker,  32 years old Yemi Ayeni was arrested while the Police woman was quickly taken to Hospital for treatment.

The statement clarified further that Inspector Onyeacho  sustained various degree of injuries from the punches and beating she received from the suspect.

According to eye witnesses account, the suspect who presented himself as a soldier, was a passenger in a commercial bus that obstructed traffic flow on the busy road. The suspect was angered by the order issued by the traffic Police woman to the driver to move his vehicle away from the main road to pave way for free flow of traffic.

He claimed that as a soldier, seated in the front of the bus, the police woman ought to have accorded him the respect he deserves by allowing the driver to get away with the traffic offence.

He insisted that Inspector Onyeacho erred by questioning the  driver while he was seated in the front seat.

Her professional audacity was the needed excuse to bounce on the traffic officer and assaulted her with deadly upper cuts, a development that sent her into near coma but for the timely intervention of passers by and the Police team that rushed her to a nearby hospital where she is currently recuperating.

However, upon interrogation, it was discovered that the suspect who claimed to be a soldier is actually a dismissed officer who has been terrorizing the neighbourhood with fake military identity.

“ During questioning, the suspect stated that he spent four months in Nigerian Army Depot, Zaria in 2002 but was dismissed from training on mental health grounds. He stated further that since then, he has been posing as a soldier,” he narrated

The suspect who will soon be changed to Court claimed that his  wife and  daughter left him six months ago.