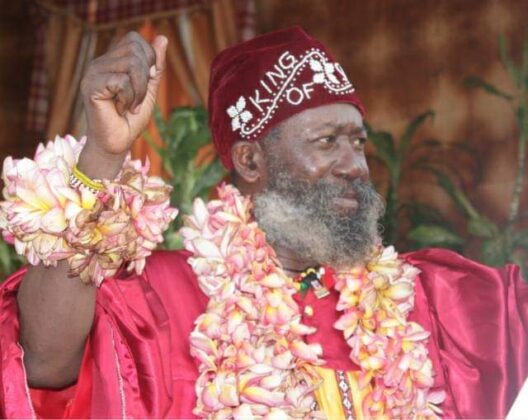 Due to alleged repeated invasion of Maharaj Ji Village, his spiritual base in Ibadan, Oyo State, acclaimed ‘perfect living master’, Satguru Maharaj Ji, has sued the Oyo State police command, demanding the sum of N50 million for allegedly aiding land speculators to harrass his members at the worship centre.

According to the spiritual leader, officers and men of the Nigerian police from the Oyo State command have been engaging in “acts of unwarranted and unprovoked, brigandage and illegally aiding and abetting a monstrous and diabolical syndicate of land grabbers in Ibadan land, thereby giving rise to sporadic shootings, man-handling of devotees and inflicting heavy injuries on them.”

Joined  in the suit where he also alleged that the respondents have been vandalising farm crops and carting them away in lorries as well as desecrating holy places and spaces, are the Oyo State Police Commissioner; the deputy commissioner of police, State C.I.D Iyaganku, Ibadan and the O/C Anti-cultism, State C.I.D. Iyaganku, Ibadan, who are the 1st, 2nd and 3rd respondents.

The law suit which was supported by 19-point affidavit averred that the Oyo State Police Command violated Maharaj Ji’s fundamental human rights by arresting four of his dad, manhandled and brutally wounding them when suspected land grabbers in the holy place, acting under protection and cover of Oyo State Police Command, invaded Maharaj Ji Village and farm and carted away farm produce with lorries, and unlawfully detained fifteen devotees.

In the application originating motion, Satguru Maharaj Ji is seeking the following reliefs:
(i) An order restraining the Respondents from infringing on the rights of the applicants (Satguru Maharaj Ji and four others) on a matter which is civil by giving same criminal coloration.
(ii) An order restraining the 1st and 2nd respondents from harassing, intimidating, inviting and/or being used as agents to dabble into land matters which is civil in nature.
(iii) A declaration that the harassment, intimidation and/or inviting the Applicants on a matter which relates to land and civil in nature is violation of their fundamental human rights and abuse of statutory powers.
(iv) An order restraining the respondents, their agents, privies and/or anyone acting under their instruction from harassing, humiliating and/or intimidating the Applicants pending the determination of the suit.
(v) The sum of N50,000,000.00 (fifty million naira only) as damages for the persistent wrong harassment and intimidation of the applicants by the