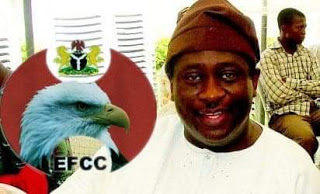 He used his ingenuity to build for Nigeria the Muritala Muhammed 2 Airport (#MMA2), regarded as one of the efficient airports in the country in spite of its gaping flaws.

Many #Nigerians were therefore soft on him when his construction company struggled to deliver the Lagos-Ibadan Expressway before the Federal Government came in and bailed the company out of its mystery.

For a while, a crisis had been brewing between Dr. Wale #Babalakin, the Chairman of Bi-Courteny and the Vice Chancellor of University of Lagos, Professor Oluwatoyin Ogundipe.

For a man whose ego is bigger than the size of 100 football fields combined, he thought Prof Ogundipe must be thought the lessons of his life and any strong arm twist tactics deployed was fair game.

After all, it’s a country of anything goes where all animals are not equal and the rich can flex their muscles as they pleased.

Driven by a frenzied mission to revenge or, in his view, a puritanical pitch for justice, Dr. Babalakin staged a coup in Abuja on the grounds of loophole seen with the parent body laws, National University Commission.

The Council of UNILAG he, a Senior Advocate of Nigeria (SAN), led, brazenly trampled upon due process and voted to illegally removed UNILAG’s VC.

It was a misadventure that instantly exploded in his round face.

The response of the four major labour unions in UNILAG, ASUU, SSANU, NASU and NATTS,  to Babalakin’s hallucinating blunder,  showed how repulsed every right thinking member of the society should be about this disastrous travesty:

“We are surprised a Council constituted by law and chaired by a SAN could violently, lawlessly violate the law.

According to the University of Lagos Act, law and practice of other University not only in Nigeria but other civilized climes, a principal officer cannot be removed on flimsy excuses without regards to the law.”

There is no way Babalakin can extricate himself from this profanity. What was he thinking before pulling this kindergarten stunt?

The criminal silence of the Federal Ministry of Education and NUC is ominous.