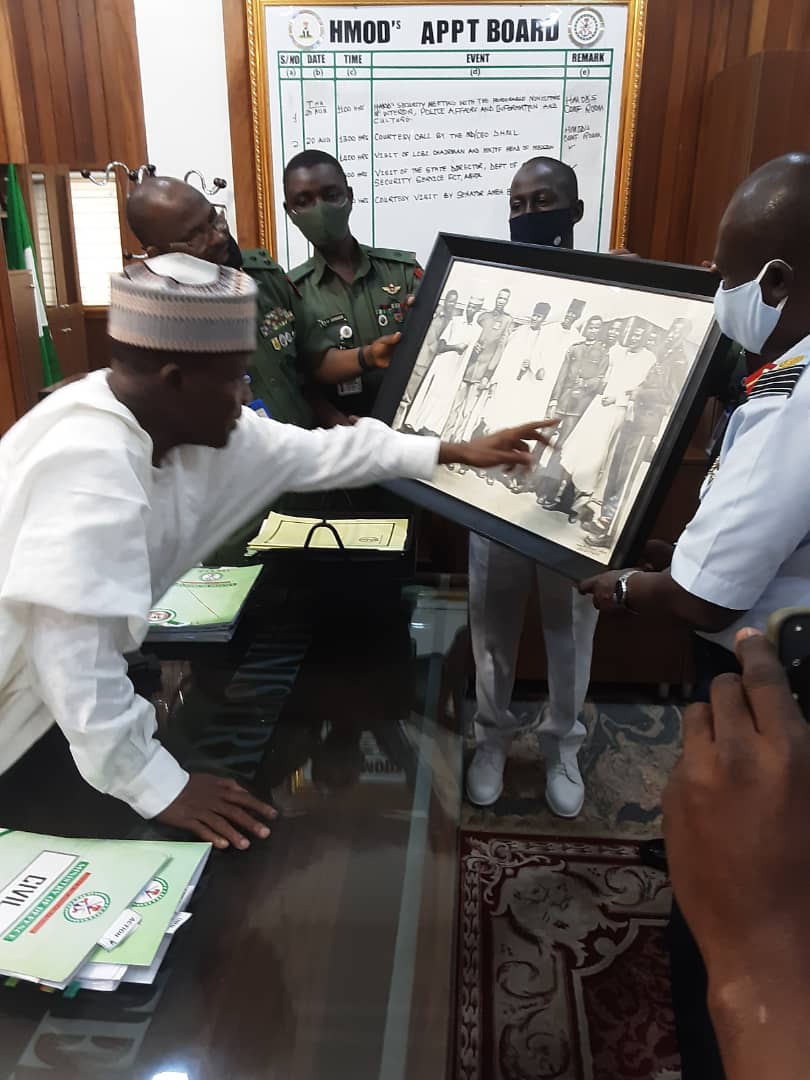 The Minister of Defence Maj Gen Bashir Salihi Magashi (rtd) has reiterated his loyalty to the Commander in Chief of the Armed Forces President Muhammadu Buhari and his commitment to rendering selfless service to the nation.

General Magashi made the assertions in a brief but symbolic ceremony marking his one year in office with his personal staff. During the occasion his military aides and political appointees surprised him with modest presentations.

General Magashi was emphatic in his resolve to continue to sustain the momentum of what he called irrevocable task of building a robust Defence Sector that will usher in sustainable peaceful and security in the country.

He paid glowing obeisance to the President Commander-in-Chief of the Nigerian Armed Forces, Muhammadu Buhari and thanked him for the opportunity given to him to serve the nation as Minister of Defence. He considers his task as work in progress in the delivery of his mandate in the years ahead.

Attesting to the unabated support of Mr President for the Armed Forces to enable them end insurgency and banditry in the country. He expressed optimism that there is light at the end of the tunnel.

He enjoined the the Service Chiefs and heads of other security agencies to continue to raise the bar of patriotic service to the nation, emphasing that security is a collective responsibility of all Nigerians.

He thanked Members of the Nigerian Armed Forces and stakeholders in the national security callings for being parts of the success story of his 365 days in office.