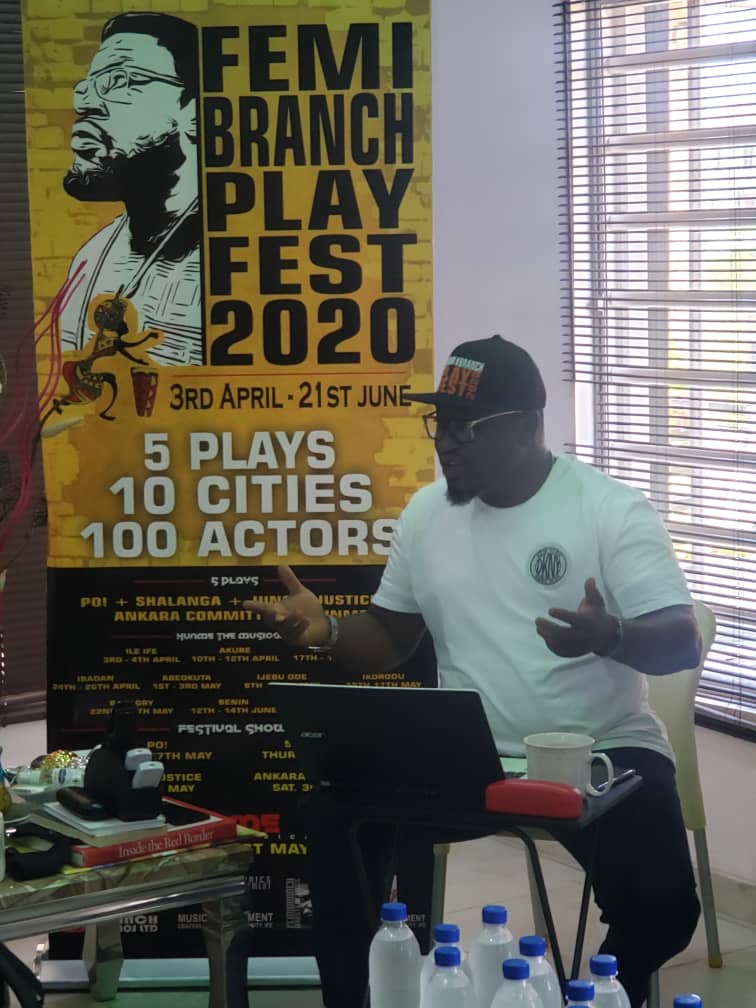 Following the recent News circulating of late about Femi Branch’s plan to tour ten cities across Nigeria which was halted due to the pandemic, rumor has it if Femi perhaps has taken a U turn from his initial plan to use his proposed play fest to revive stage play and fulfil the dreams of a thousand students across Nigerian universities.

When recently contacted, Branch revealed through his head of media and publicity, Sean Polotee, that nothing is holding back his plans to hold his playfest2020 as he has been working effortlessly with his Femibranchplayfest team to ensure they don’t cut out of public’s expectation.

He added that there’s a fresh plan for the playfest which is yet to be revealed.

Some photos of him and his team members was spotted online few days ago with the caption “Coming bigger, stronger and better, it’s a mind blowing package.

Pictures from squad strategy session held yesterday” which we believed was a deliberate action to corroborate his claims of not backing down from making the playfest2020 a reality.