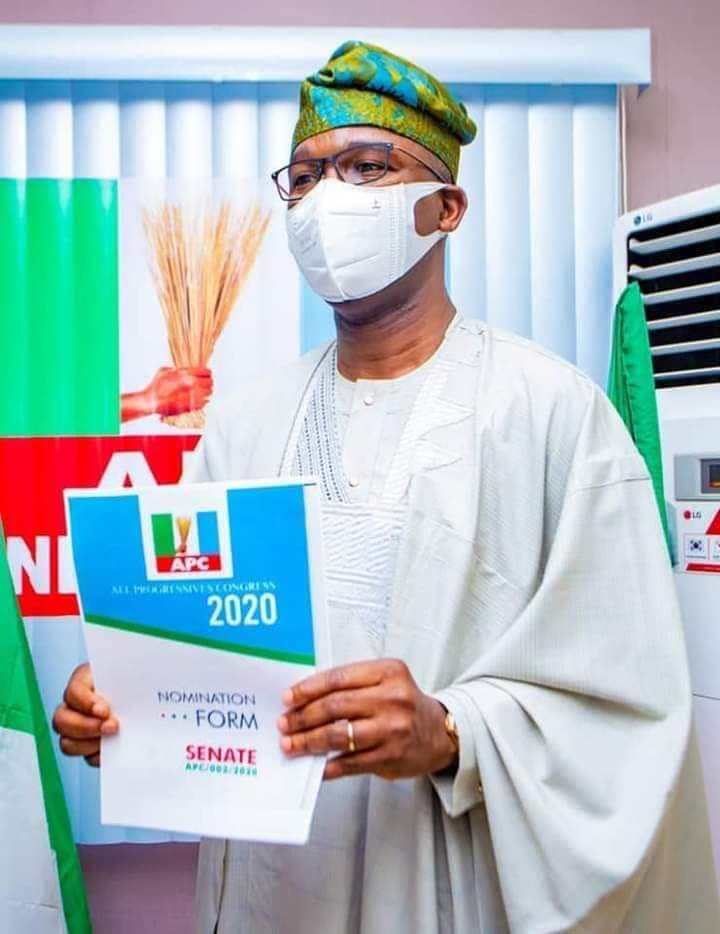 Abiru picked the form at the APC headquarters in Lagos on Wednesday amidst a crowd.

The APC Lagos state chapter had nominated Abiru, a former Commissioner for Finance in the state as a replacement for the late Senator Bayo Osinowo, who represented Lagos East senatorial district until his death last month.

Recall the super banker announced his retirement from the service of Polaris Bank, effective August 31, 2020, after completing his second two-year tenure at the helm of affairs of the bank.

The Economics graduate from Lagos State University, served during the tenure of Governor Babatunde Raji Fashola, now Minister of Works and Housing.

During Abiru’s time as Commissioner for Finance, Lagos State floated a successful N80 billion bond. He further instigated discussions on taxation in Lagos State after the discovery of over 5.5 million tax evaders in 2013.

He resigned his appointment as Commissioner in 2013, to take up an executive role in First Bank Nigeria Ltd.