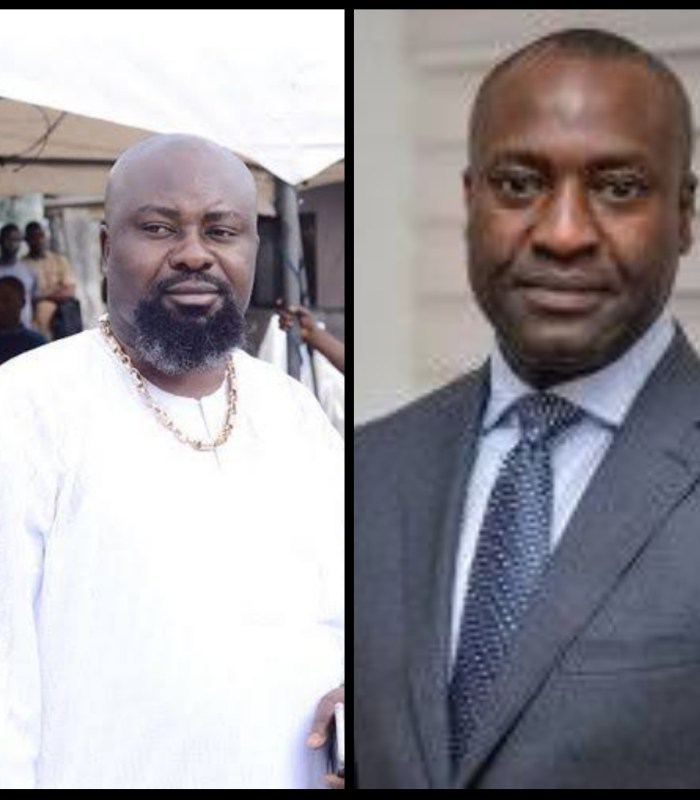 The court ordered immediate arrest of the duo after declaring them wanted.
Investigation available to us indicates that the former Sterling Bank director and the Lagos Prince are facing the wrath of the law for collaboratively and intentionally stealing another person’s property.

The charges before Justice Sherifat Solebo of the Special Offences Court, which resulted in the bench warrant for the arrest, shows that Idowu and Prince Eletu-Odibo were purportedly accused of conspiracy, stealing, and unlawful conversion of landed property belonging to one Ononenyi Patrick Okonkwo.

The drama commenced when the two counter-charge accused the Economic and Financial Crime Commission (EFCC), Nigeria’s antigraft agency, of breaching their fundamental human rights in the process of filing charges against them.
However, we learned that the former sterling bank director was declared wanted because the anti-graft agency revealed that the court already ruled against them and that there was no violation of human rights, this was even as it demanded that Idowu and Prince Eletu-Odibo make themselves available and at the behest of Justice Solebo and her Court.
Meanwhile, the former Sterling Bank director and the Lagos Prince failed to show up, hence the bench warrant declaring them wanted.