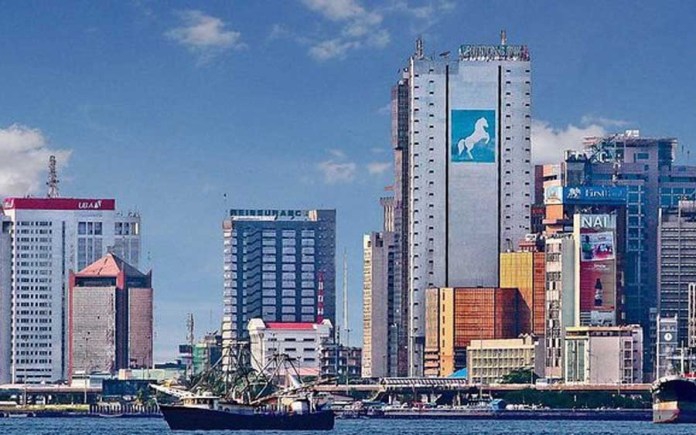 … The ‘FUGAZ’ generated a sum of N67.3 billion from electronic business during their half-year 2020.

The tier-1 banks popularly known as the FUGAZ (First Bank, UBA, Access Bank, GT Bank, and Zenith Bank) topped the list of banks with the highest e-business earnings in the first half of 2020.
Data from their half-year 2020 financials show that the FUGAZ generated a sum of N67.3 billion from electronic business, a drop of 14.2% compared to N78.4 billion recorded in the corresponding period of 2019.

The recent decline could be attributed to the disruption caused by the COVID-19 pandemic and a CBN policy that implemented a downward review of bank charges for various transactions. This is the first decline since we started tracking as earnings from e-business has consistently witnessed an increase over the years.
Data obtained from Nairametrics Research shows that the tier-1 banks generated a sum of N32.3 billion e-business earnings in the second half of 2017, N45.1 billion (2018), and N78.4 billion (2019) respectively before the decline in H1 2020.

GT Bank  – Fifth PositionThe most capitalized bank in the stock market generated a sum of N4.8 billion from their electronic businesses to stand in fifth behind Zenith Bank. GT Bank e-business revenue declined by 32.2% from N7.14 billion generated in H1 2019 to N4.8 billion in H1 2020. Its e-business revenue accounted for 2.1% of its total revenue (N225.1 billion) generated within the period.

Zenith Bank  – Fourth PositionZenith Bank generated a total of N8.94 billion from e-business income in H1 2020, a 67.01% decline from N27.1 billion generated in the same period of 2019. Its e-business revenue accounted for 2.6% of the total revenue generated during the period. It should be noted that when compared to other banks, it posted the highest profit after tax of N103.8 billion during the period under review.

Access Bank  – Third PositionThe largest bank in Nigeria by total assets doubled its e-business revenue from N5.5 billion recorded in H1 2019 to N13.9 billion in 2020. Access Bank recorded the highest year-on-year growth in e-business income as its N13.91 billion was 151.3% higher than the corresponding 2019 earnings.  E-business revenue generated by the bank includes fees and commissions from online purchases and bills payments.

UBA – Second PositionWith a total e-business income of N17.93 billion, UBA moves to second place. The multinational grew its E-business revenue by 6.35% from N16.86 billion generated in the first half of 2019. E-business revenue accounted for 6% of the total revenue generated during the period (N300.6 billion).
Apart from the UBA Mobile Banking app, the banking giant boasts of a number of electronic products such as U-Pay which allows customers to make payments at the click of a button in countries where UBA has a presence in Africa, U-Collect, on the other hand, is a consolidated internet payment gateway solution which integrates multiple payment solutions available in Nigeria such as VISA, Verve, Master Card and e-Tranzact.

First Bank – First Position First Bank toppled Zenith Bank to the first position, having earned N21.7 billion from e-business between January and June 2020, a marginal decrease of 0.53% compared N21.83 billion recorded in the corresponding period of 2019. Meanwhile, the bank’s e-business revenue had enjoyed consistent growth in the past years, growing by 40.8% between 2018 and 2017, and a 46.3% growth between 2019 and 2018.
Despite being one of the oldest banks in the country, First Bank has been at the forefront of the mobile banking revolution. The bank was one of the pioneers of the USSD platform which is used to transfer money via a text messaging application of a mobile phone.

The bank also has two mobile banking apps, the FirstMobile which is like other banking apps, and FirstMonie which does not require its customers to have bank accounts to transfer money or make transactions. It also makes use of FirstBank mVisa, which allows consumers to pay for goods and services through FirstMobile by scanning a QR code or by dialing a USSD number. Other apps include; Qr Merchant and First Bank Paypal.
Stiff Fintech competition As earlier stated, the decline could also be attributed to the economic downturn witnessed in the country as a result of the COVID-19 pandemic and the new CBN mandated downward review of bank charges for various transactions.
Commercial banks also face stiff competition from startups are entering into the Fintech space to compete for market share with backing from venture capital and private equity firms. The influx of tech-oriented banks continues to pose a threat to revenue earned by the traditional banks from e-businesses.