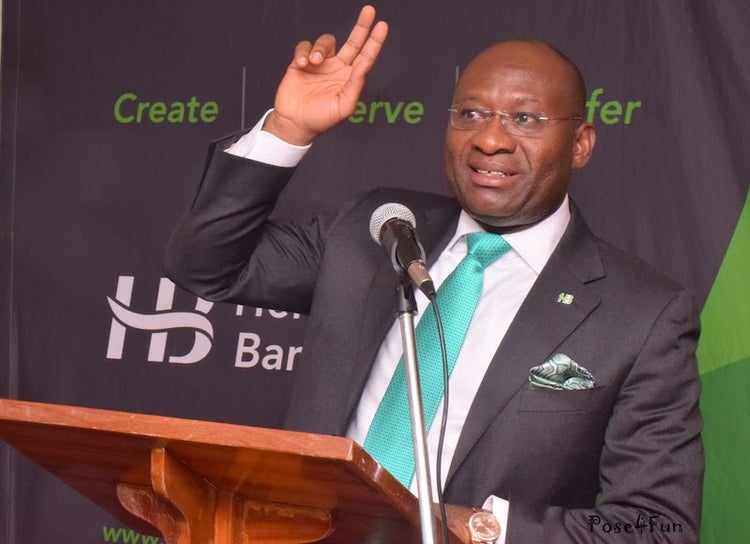 As part of efforts to cushion the effects of the COVID-19 on the education sector, Heritage Bank Plc in partnership with Fatima Mohammed Foundation has provided succor to over 300 affected private school teachers and small and medium enterprises.

A statement issued by the bank’s Divisional Head, Corporate Communications, Fela Ibidapo, noted that the pandemic brought about the shutdown of schools for months leaving private school teachers without any means of livelihood and no source of income.

To this effect, Heritage Bank said with FAMO, it supported private school teachers and small businesses with palliatives in 15 local governments, including five major markets in Ojokoro Local Council Development Area of Ifako Ijaiye, in Lagos.

Speaking at the event, Group Head, Education, NGO and Faith Groups, Lagos Mainland Zone of the bank, Mother Dan-Egwu, stated that that the bank and foundation gave the 300 teachers N10,000 each and food items.

She also disclosed that Heritage Bank’s strategy to provide basic palliative care to the educational system at the resumption of academic activities in schools.

According to her, the bank had three areas of basic support in providing mentorship programmes for schools, school portal and school health plan in partnership with Health Maintenance Organisations.

In her address, the Convener of FAMO, Fatima Mohammed, commended Heritage Bank for its bold steps in joining hands to support the challenged private school teachers and SMEs.

Mohammed stated that the primary aim was basically to cushion the effects of poverty especially as it concerned the private school teachers.

She said, “The private school teachers, because of the pandemic, haven’t been paid for six months and there are a lot of such cases around here. Ifako-Ijaye is the second largest LGA in Lagos State; therefore, it is time to reach out to the people.