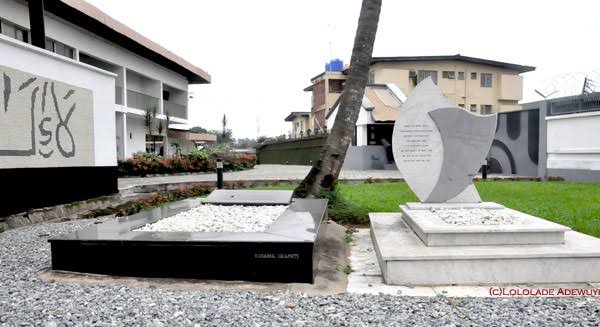 The Police in Lagos have given an insight into how the wife of late business mogul, Chief M K.O. Abiola, Adebisi lost a whopping sum of over N603m to armed robbers in her Ikeja home recently.

The victim, Mrs. Adebisi Abiola, apart from losing money in different currencies worth millions of Naira, the police alleged that she also lost all her life saving diamond, gold and other jewelries including cash totaling over N603m.

The defendants and others said to be at large reportedly conspired and used dangerous weapons such as gun, machetes, knives among others, then invaded the residence on 2nd September, 2020, robbed the said items at gun point and escaped with the loot.

The matter was reported to the Police at the State Anti-Robbery Squad. The operatives moved into action, arrested the suspects and detained them at the Command for interrogation.

After interrogation, the Police found them culpable and subsequently charged them before the Court over the alleged offence.

However, their plea was not taken after the prosecutor, Barrister J.I. Eboseremen, asked the Court to refer the matter to the DPP for advice because the offence involved the force of arms.

The Presiding Magistrate, Mr. J. A. Adegun, ordered their remand in Correctional Centre and directed the prosecutor to duplicate the file and send to DPP for advice.

They were remanded in custody pending the outcome of the DPP’s advice, which will determine if the matter will be transferred to the High Court or not.