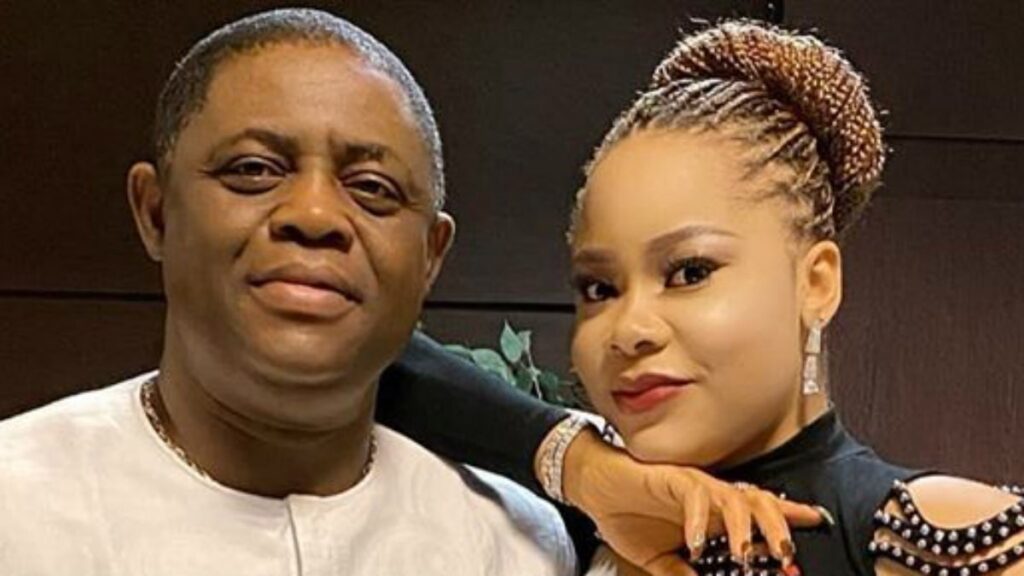 Husband and wife may disagree on many issues but they must absolutely agree on this: to never, ever give up.

But for the Husband and wife may disagree on many issues but they must absolutely agree on this: to never, ever give up.

Minister of Aviation, Femi Fani-Kayode, and his ex-beauty queen wife, Precious Chikwendu, were unable to stand for each over many disagreements and unhappy moments in their marriage.

The six-year-old marriage, which produced four sons, including a set of two-year-old triplets has been counted as another celebrity marriage to hit the rock.

Femi Fani-Kayode’s marriage to the ex-beauty queen was alleged of domestic violence, unprintable reasons and countless disagreements over ‘‘unapproved outings.’’

But a source divulged that the marriage broke down irretrievably due to a health challenge that Ms. Chikwendu has been trying to manage since they became a husband and wife.

According to the source, the health issue posed a serious challenge and the couple later became estranged.

Another source also revealed that, ‘‘Snow White was fond of going out without Fani-Kayode’s permission and he could no longer tolerate it.” He further confirmed that the couple has apparently been living apart for some months now.

Born in 1989, Precious, who is fondly referred to as Snow White, is a model, actress and former beauty queen who represented Nigeria at the Miss United Nations World Beauty pageant in 2014.

His previous marriage was to Saratu Atta and Yemisi Olasunbo Adeniji