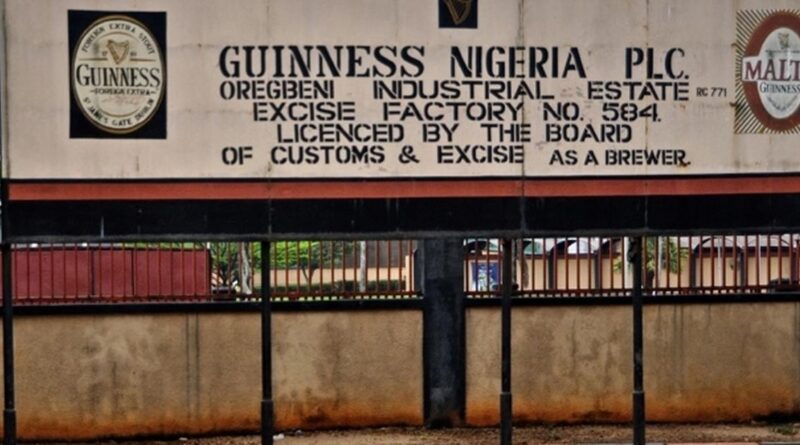 Rotadel Hotel’s suit against Guinness Nigeria Plc, was sequel to both parties inability to resolved the dispute amicably.

In the suit, Rotadel Hotel Limited claimed that it bought Smirnoff Ice of Guinness brand with Batch no L9024L70011941, with expiring date 240120 (January 24, 2020) which was served on one of its customers, Tommy Buks & Company who had on contract booked for period of two years.

The claimant in its statement of claims  stated that its customer discovered that there was a fly in the bottle of the Smirnoff Ice. It also stated that the defendant has a duty of care to produce and manufacture consumable and hygienic product for merchandise  and human consumption.

According  to the claimant, ” Surprisingly,  the customer discovered that there was a fly in the bottle of the Sirnoff Ice with Batch No L9024L70011941 and expiry date 240120 served of customer by the claimant hotel.

Claimant asserted further that, “The product was purchased from an accredited seller of the defendant’s product along with other product of the defendant and other manufacturer. The presence of the fly showed clearly, negligence on the part of the defendant which resulted colossal lost of earning and loss of profit for the claimant. The defendant failed and breach of its duty of care in the course of the production and manufacture of the Smirnoff  Ice”.

The claimant also claimed stated that it contacted the defendant through its solicitor, Mr Oluwole Kehinde to demand compensation for the loss suffered and incurred by the claimant and encourage the defendant to take necessary steps to resolve the matter amicably.

The hotel stated that the defendant’s response  to the company’s solicitors letter, denying liability and demand that the claimant should release the affected bottle of the drink to the defendant to conduct an examination of same and determine whether it is its product.

It stated that it rejected the defendant’s demand, while requested that the relevant independent agencies of government be allowed to conduct the necessary  examination demanded by the defendant. Its opinion it said Guinness Nigeria Plc blatantly and flagrantly refused to subscribed to, having the product being tested by a neutral laboratory or institution except it’s own laboratory or facility with the attendant risk of destroying the product and or rendering a biased result”.

Both parties, (Rotadel Hotel Limited and Guiness Nigeria Plc) however held a meeting in Guiness office to resolve the dispute but the parties could not agree on modalities for resolving the issues of examination of the product and compensation for the claimant.

“The defendant claimed that the product is fake on mere sighting of same , in the absence of and without allowing any independent opinion to justify the same.”

However, the plaintiff stated that it initiated mediation process against the defendant before the Multi-Door Court House of the High Court, Lagos State  but the parties could not reach amicable solution of the matter in the courses of the mediation.

The hotel therefore claim N70, 080,000 million as special damages and N100 million as general damages at the rate of 10% per annum from the date of judgment until final liquidation of same.

Guinness Nigeria Plc is yet to file any counter to the suit. Likewise, the suit is yet to be assigned to a judge and no date was fixed for hearing.