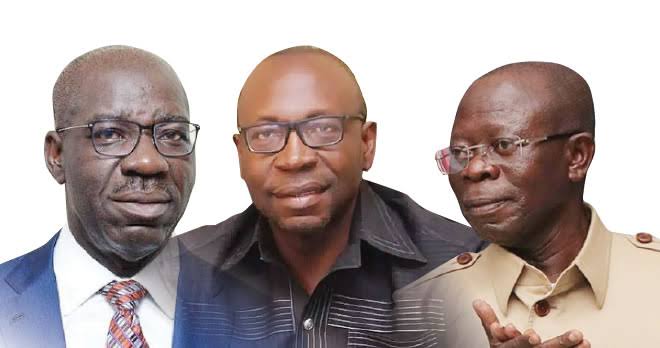 Granted that elections in Nigeria are usually and generally violence prone; the reasons, of course, the winners take all syndrome. This is why some well meaning Nigerians have continued to insist on attitudinal change in our electoral processes in order to birth a more modern way of electing our leaders in all the levels of government.

The Edo 2020 election also has its expectations of being violence compliant, or likely so, particularly with the contending political gladiators, and the Supremo himself, the immediate past governor of the state, Comrade Adams Oshiomhole in the fray. The threats of vilonece, as these gladiators spoke daggers on a daily basis until recently, and with the “Lagos media” of which I am one, helping to amplify these threats, doomsday sayers have had their hearts filled with joy that their predictions of vilonece would come to pass. Accidental prophets of doom have increased in their numbers, everyone of them claiming to hear from God directly of imminent bloodletting in the state. How discomforting and distasteful can this be!

However, as a journalist who had reported elections in this country for years, I can say here with a degree of fact that the situation in Edo State is not the actual reflection of the daggers being reported in the media as being to brandished on a daily basis here in the state. From Benin City, the state capital, to Ekpoma, to Uromi, to Auchi, to Agenebode, to Igarra, to Afuze, to Sabongida Ora, etcetera, no one has received any matchete cuts or even a scratch on the skin. The media may have blown this out of proportion and have given the situation the colour it does not bear at the moment.

As one who has been on ground here in the state for a couple of weeks, getting involved personally in the affairs of my beloved state, I can say here that there is no vilonece anywhere in Edo land as at this minute that I penned this down.

To my friends in Lagos, and those in far flung places, if you know anyone resident anywhere in the state, kindly put a call through to them to ask where there has been any incidence(s) of vilonece. Please do this with a 360° mindset, devoid of sentiments, to enable you get the true picture of the peaceful situation in our beloved Edo State at the moment.
We know, we, being stakeolders, that the election will come and go, winners will be declared, and no blood would be shed, and the drum beats of victory shall resonate everywhere around us, and doomdsday sayers who want Edo to witness violence at all cost shall be shamed.

-Ideho writes in from Lagos