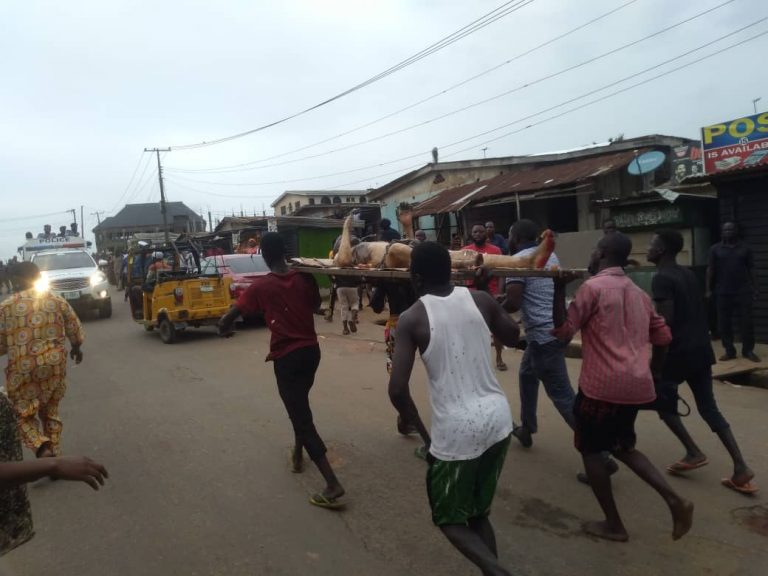 Several people might have been injured following a gas explosion that occurred at Celestial Bus stop, near Grailand area in Iju- Ishaga, Ifako-Ijaye, a border town between Lagos and Ogun States.

According to an witness many vehicles were also damaged.

We also learnt that several buildings around the scene of the explosion suffered partial collapse, not leaving the event centre in the vicinity.

However, Lagos State Emergency Management Agency and Lagos State Fire Service were on the ground to reduce the fire incident.

Detail is still sketchy as the time of filling this report.