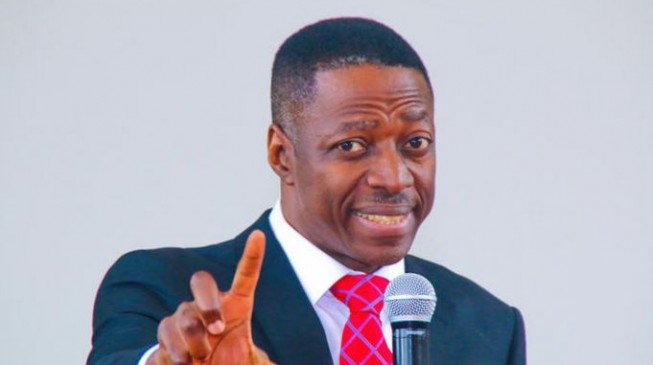 Senior Pastor of Lagos-based church, Daystar Christian Centre, Sam Adeyemi, has joined other prominent Nigerians to call on the Federal Government, led by the President, Major General Muhammadu Buhari (retd.), to urgently restructure the country to save it from collapse.

The cleric stated this on Monday in an apparent response to a statement by the Senior Special Assistant to the President on Media and Publicity, Garba Shehu. The Presidency had in the statement described recent calls for the restructuring of the country as “recurring threats to the corporate existence of the country.”

The PUNCH had earlier reported that the General Overseer of the Redeemed Christian Church of God, Pastor Enoch Adeboye, had on Saturday called on the President to restructure the country “as soon as possible”.

Adeboye, who spoke at a symposium alongside the Ooni of Ife, Oba Adeyeye Ogunwusi; former Governor of Cross River State and former presidential aspirant, Donald Duke; and a former Minister of Education, Oby Ezekwesili, warned that it was either the country restructured as soon as possible or it broke up. “You don’t have to be a prophet to know that one,” he added.

The Presidency, in a reaction on Sunday night, had said, “The Presidency responds to the recurring threats to the corporate existence of the country with factions giving specific timelines for the President to do one thing or another or else, in their language, ‘the nation will break up.’

“This is to warn that such unpatriotic outbursts are both unhelpful and unwarranted as this government will not succumb to threats and take any decision out of pressure at a time when the nation’s full attention is needed to deal with the security challenges facing it at a time of the COVID-19 health crisis.”

Adeyemi, who disagreed with Shehu that the calls for the restructuring of Nigeria threaten the corporate existence of the country, stressed that effective leaders must listen to the views of citizens and take appropriate actions.

“When did it become a threat for citizens to express opinions, even if strong, about the structuring or restructuring of their country? Effective leaders listen,” Adeyemi wrote on his verified Twitter handle, @sam_adeyemi.