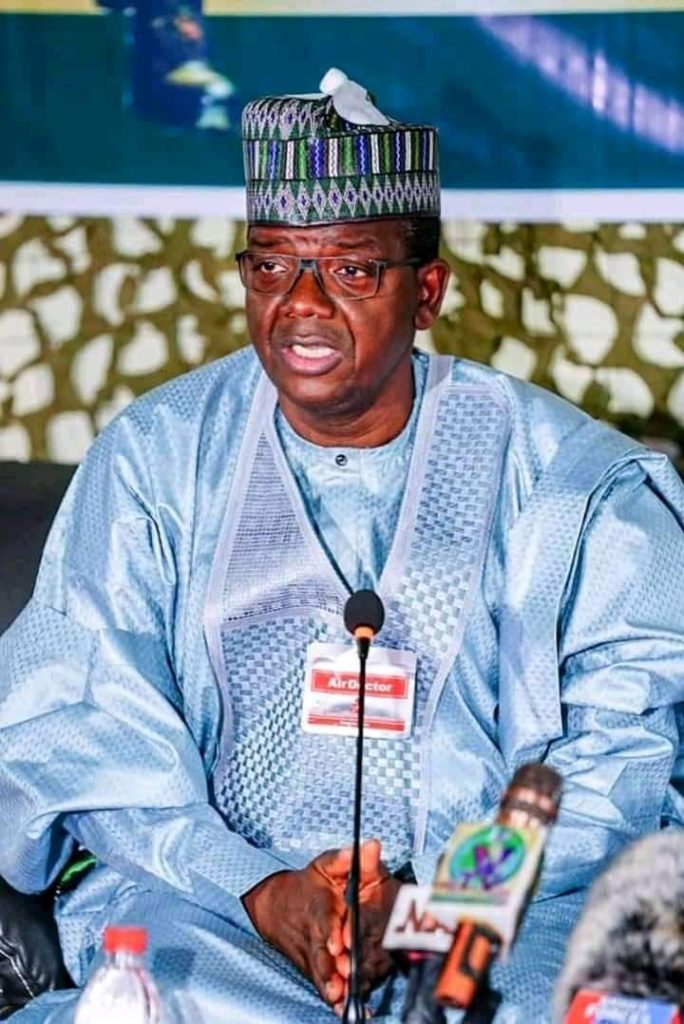 The hatchet job is at it again.

What is it all about? It’s the long known wealth Nigeria has on the land of Zamfara: the gold. For a number of years, some privilege Nigerians have cornered the gold in Zamfara for themselves, their kith and kins and their crannies. They have exploited it illegally and have short-changed Nigeria and its people. They tried to cover their nefarious activities by fuelling banditry in the state to take away the attention of all. They have used the proceeds of gold to umport arms and institutionalise banditry in the state.

The above scenario is what Governor Bello Mohammed met in the state. However, in 100 days, he brought peace to the troubled state. He dialogue intensively with the bandits and discovered all the hidden truths. He sought to correct this misnomer and bring, not only peace to Zamfara State, but prosperity and abundance. He resolved to revolutionalise the mining sector in the state.

In the last few days, his lates step at the said revolution is getting negative publicity as it was crooked in reportage, it was misrepresented to the public and wickedly twisted to serve the whims and caprises of his enemies; the enemies of peace and, indeed, the enemies of Nigeria. They accused him of attempting to “own” the gold deposits in his state which is the ownership of the Federal Government. They also accused him (and the Central Bank) of illegal transaction in the resource. A lot of aggrieved persons and groups poured out their venom without knowing the truth about the information they were served. The latest, and more worrisome, is a State Governor from the South-South who spoke to the media on this same faulty information and poured out unfortunate vituperations regarding his colleague and Zamfara.

Governor Matawalle spoke of the agreement entered with the central Bank of Nigeria, not to trade in Gold, but to exploit the areas of boosting the mining sector in the state under the Anchor-Borrower scheme which, just like Agricultural sector, is within the purview of the apex Bank. The bank will invest the sum of N5 billion for the state to supply it with gold as a proceed of the investment over time. The question is how can the state Government acquire this gold? Many interpret this as a claim on the gold reserve by the state Government.

What the state Government intends to do under this arrangement is to purchase the gold from these companies and supply it to the Central Bank. Very simple.

A lot of questions were raised however, that since the Federal Government has not lifted the ban on mining in the state, where has the state Government acquired the gold displayed by Governor Bello Mohammed last week?

Those were gold earlier mined and ultimately meant to be traded outside the country by erstwhile miners before the ban which the Government realised were being sold across the borders for weapons. And weapons must no longer be allowed to enter Zamfara as freely as before.

Indeed, most of the problems facing the fragile unity of our country is compounded by those elite, including (unfortunately) those in position of authority who are supposed to be above board and serve as vehicle of cohesion but chose to be that of disintegration.

Governor Mohammad has, times without number, made it known to the public his clear intention to uphold the dignity and sanctity of Nigerian laws and statutes. And Matawalle will never derail nor be derailed.