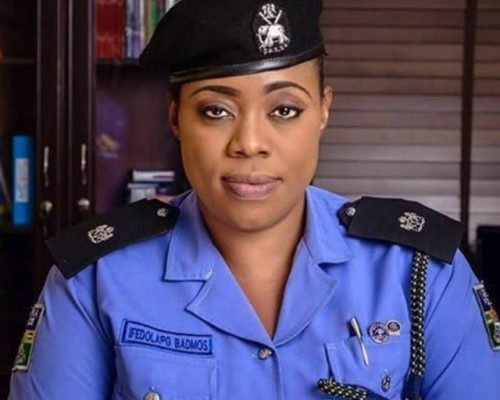 Former Lagos Police Public Relations Officer, Dolapo Badmus, has reacted to reports making the rounds that she has been dismissed from the Nigerian Police Force.
In her tweet on Saturday, Mrs Badmus asked Nigerians to ignore fake news.

Reports had emerged on Saturday that Assistant Commissioner of Police, ACP, Abayomi Shogunle and Chief Superintendent of Police, CSP, Dolapo Badmus have been demoted.

24 other ex-SARS operatives were also reportedly dismissed for various acts of misconduct.

But reacting on her Twitter page, Badmus said the reports were fake.