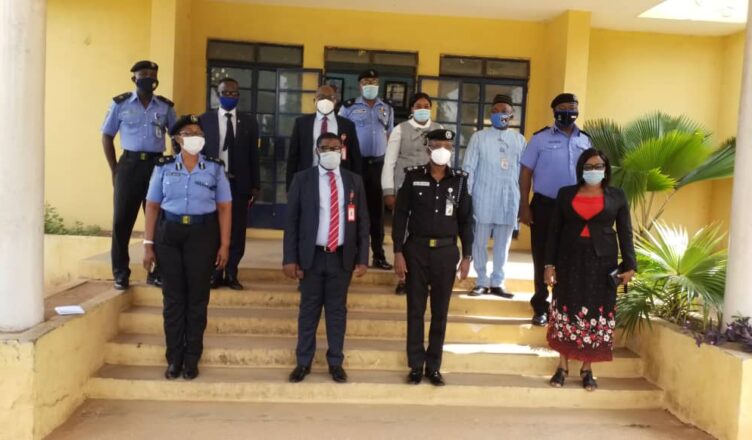 The Kwara State Command of the Nigeria Police Force has declared support for the Economic and Financial Crimes Commission (EFCC) in its bid to rid the country of corruption.

The Commissioner of Police, Kwara State Command, CP Kayode Egbetokun, gave the assurance recently while receiving the Zonal Head of Ilorin Office of the EFCC, Deputy Chief Detective Superintendent, DCDS, Kazeem Oseni who was at the Command’s Headquarters on a Courtesy visit.

According to Egbetokun, the major problem bedeviling the country is corruption and must be tackled on all fronts in order to move the nation forward.

He said the EFCC has an enormous task in dealing with the menace and needs the support of every stakeholder to deliver on its mandate.

“The Police and the EFCC have no option than to work together for the good of this country. The cordial relationship between us must continue.

There’s a need for synergy in order to bail the country out of the shackles of corruption”, the CP said.

The Kwara Police boss also used the occasion to call on officers of the Commission to continue to uphold the virtues of discipline and professionalism that the EFCC is known for saying, his office was ever ready to support its operations.

Earlier, DCDS Oseni, while stating the purpose of the visit solicited the support of the command to effectively deal with issues of economic and financial crimes in the state.

He acknowledged the good relationship that had existed between the two agencies and called for more robust synergy for greater achievements from both ends.