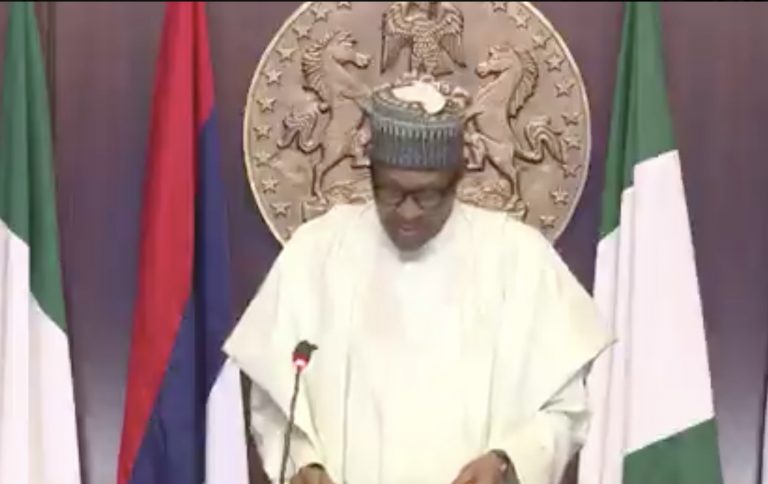 The Minister of Youths and Social Development, Sunday Dare, has met with the President, Major General Muhammadu Buhari (retd.), over the ongoing protests against the scrapped Special Anti-Robbery Squad of the Nigeria Police Force.

The minister told State House correspondents after the meeting held inside the Presidential Villa, Abuja that the President told him that he had nothing against youths protesting.

He said Buhari however advised the youth to ensure that their protests are peaceful.

The minister added that the President expressed concerns about some instances in which the protests have turned violent.

He said, “First, Mr President said as far as he was concerned, it is important to allow the younger generation to exercise the freedom to protest, but he did say that such protests must be in a peaceful manner.

“Of course, he is worried about some of the exceptions to the peaceful nature of the protests.

“For him, it is important that these protests are properly guided. He said part of the demands that were made was to ensure those protesting are protected and any police officer that has in one way or the other attacked any protester be brought to book.

“So, Mr President thinks it is a fundamental human right, so long as the protest is peaceful and focused. He said he has been responsive to demands put forward by the protesters.

“He believes the youth to a very large extent are law-abiding, they are young people with dreams and expectations of the government and the society and that they have a right to demand for certain things, which is why he has a very attentive ear to their demands.”More in Home

Dare added that conversations with Nigerian youths have since started because they were able to get their demands across to the government.

He added, “The President spoke directly on Monday, condemning the killings, particularly the extra-judicial killings that have occurred before, police brutality and approving investigation and to bring the guilty to book. That is one level of conversation.

“Last week, we had a virtual town-hall meeting in which we had the police PRO and myself engaging with over 145 youths online, where they asked numerous questions.

“The demands are already in the public and the government is already addressing those demands. That in itself is a demand and a conversation.”

Dare appealed to the protesting youths to give the government time to address their concerns.

He said care must be taken especially in the face of infiltration by miscreants trying to hijack these protests and give the entire protest a bad image.

The minister added, “Some of these demands will take time there are processes that must take place.

“All of these will take time. We live in a constitutional democracy, these processes cannot be usurped or bypassed, they must take time.