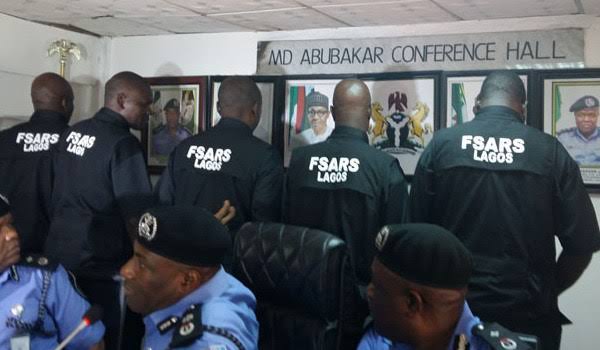 The National Human Rights Commission has submitted a list of 35 operatives of the disbanded Special Anti-Robbery Squad of the Nigeria Police Force to the Attorney-General of the Federation and Minister of Justice, Mr Abubakar Malami (SAN), for prosecution.

Submitting the list at the AGF office in Abuja, the Executive Secretary of the NHRC, Mr Tony Ojukwu, said the list was an extract of the full report of the Special Presidential Panel on SARS earlier submitted to the President, Major General Muhammadu Buhari (retd), on June 3, 2019.

He noted that the report of the panel contained the findings on the complaints gathered from Nigerians during the sitting of the panel in the six-geopolitical zones of the country.

Responding, Malami said his office would do justice to the list “through prosecution and taking associated incidental administrative steps”.

The minister, who said the Buhari regime had embarked on policies and legislations such as the Police Act 2020 to ensure deep reforms of the police in the country, also said the panel’s report would not be implemented to protect the interest of the victims without considering the interests of the general society.

He said the report would be implemented in line with the “multi-way-traffic nature of the justice system”.

The submission came amid protests by the youth in different parts of the country calling for the scrapping of SARS, an end to police brutality and reform of the police force.