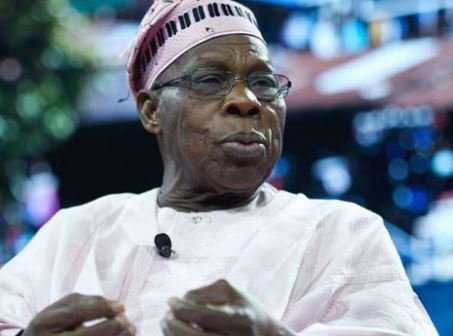 He said Obasanjo gave the commendation at a virtual meeting of former Heads of States on Friday.

The Presidential media aide made this known in a statement titled, ‘How EndSARS Protest Was Hijacked; Misdirected, President Buhari Tells Former Heads Of State’.

Adesina quoted Obasanjo as saying, ”I commend the speech of last night. The nation had been waiting. You made points that I believe need to be commended. Peaceful demonstration is part of democratic practice. The demands of the genuine protesters were accepted, and you are working on implementation. We commend you.”

Buhari had come under fire by many who described his Thursday speech as one lacking empathy.

The President had also been criticised for keeping silent on the Lekki toll gate shootings of Tuesday night where eyewitnesses said soldiers opened fire on #EndSARS protesters demonstrating against police brutality and seeking the reform of the Nigeria Police Force.

Events had turned violent in the last few days as rampaging hoodlums took advantage of the situation around the country to loot, destroy, and raze public and private assets.

Adesina, however, said Buhari told the past Nigerian leaders at the meeting that he would not fold his arms and allow miscreants destroy the nation.

Adesina quoted Buhari as saying, “It is unfortunate that the initial genuine and well-intended protest of youths in parts of the country against the Special Anti-Robbery Squad was hijacked and misdirected.

”We accepted all the demands and proceeded immediately to scrap SARS and started the process of addressing the other demands.

”Unfortunately, the protesters refused to call off the protest and engage the Government to address their grievances. Instead, they became emboldened and gradually turned violent.”