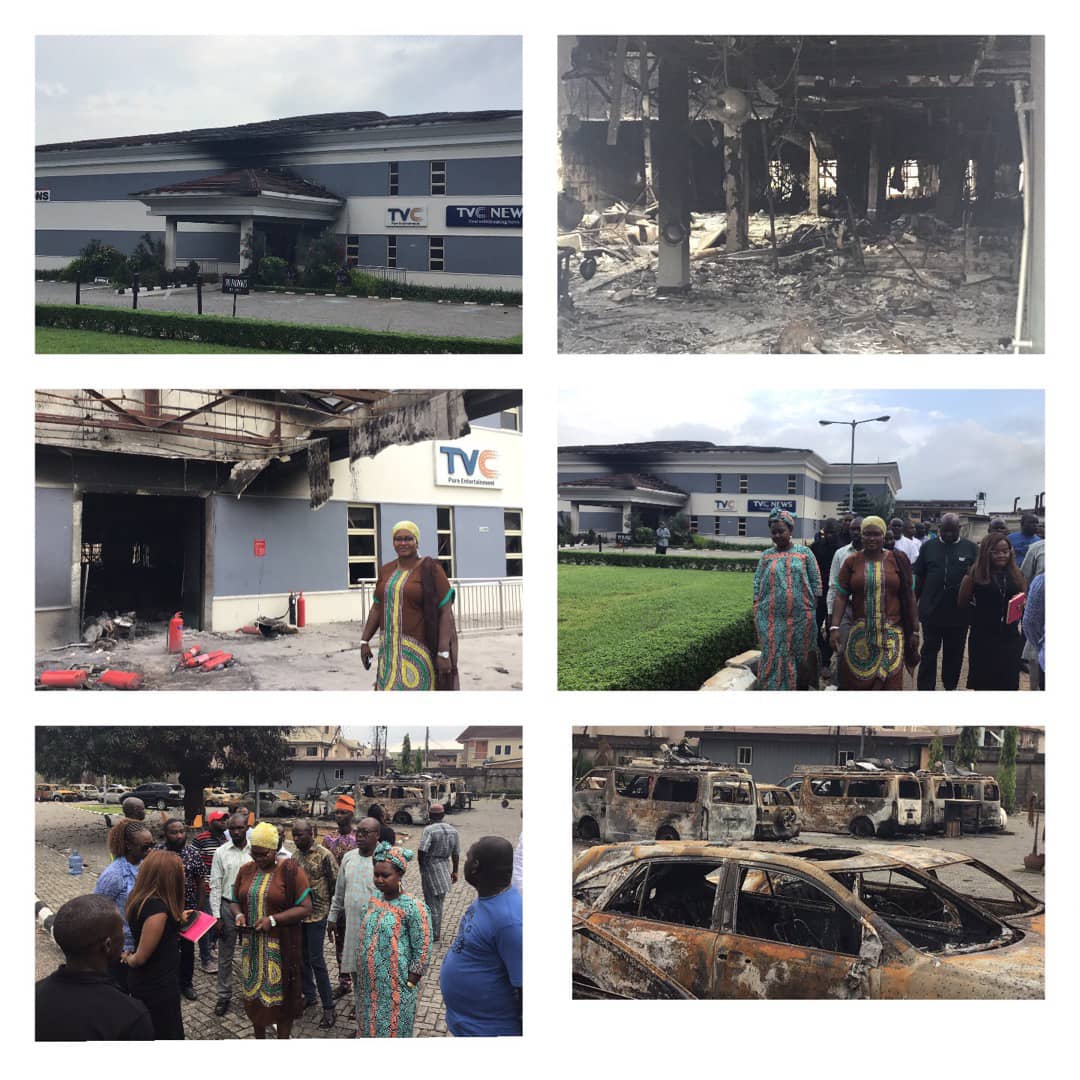 As a condolence to those whose properties were vandalized in the aftermath of #EndSARS protests, the Mayoress of Ikosi-isheri LCDA visited the affected areas and relevant security apparatus in the LCDA.

During the visits, she sympathized with the management of Television Continental, TVC, whose company and operational equipments were set ablazed, and Cardinal James Odunbaku (BABA ETO), whose private residence was ransacked and cars burnt by unknown men of the underworld.

Also, she paid visit to Ketu Slot mart that was nearly burgled, and the DPOs of Isheri and Ketu Police Stations respectively.